“We never can be made happy by compulsion.”
(Samuel Taylor Coleridege) 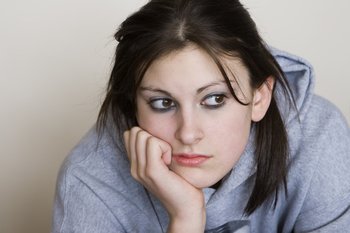 What do you think about this quote? Do you agree? Do you disagree?

Nowadays people think about their future happiness more than their present happiness. Nobody thinks their future will be perfectly happy. We all have our doubts and worries.

Are people more optimistic or pessimistic about their future? Fifty Kangnam University students (25 men/25 women) were surveyed to see what they thought.

According to the survey half the students reported they worry about the future more than anything else. Class work came a distant second, followed by money. When asked about salaries they realistically expected to earn someday, most women replied 2-2.5 million won per month. Most men said they hoped to earn 2.5-3 million won.

Nearly half the students said they felt their university education will adequately prepare them for the future. A large number of women, however, were slightly less confident. Both men and women said they felt people are generally less honest than they were ten years ago.

Although the student sample was very small, the results of the survey may help us understand what students are thinking. Some may think students are generally optimistic, while others may think they are more pessimistic.

The Bible says, “You will keep in perfect peace Him whose mind is steadfast, because He trusts in you. Trust in the LORD forever, for the LORD, the LORD, is the Rock eternal.”

We have doubts and worries about the future, but we have only one life. By looking deep into ourselves, we can surely find happiness and the answers we’re looking for.

← A University of Excellence
Wander the world on your phone! →