“Through playing violin you should try to convey all emotions to the audience.”
– Vilde Frang 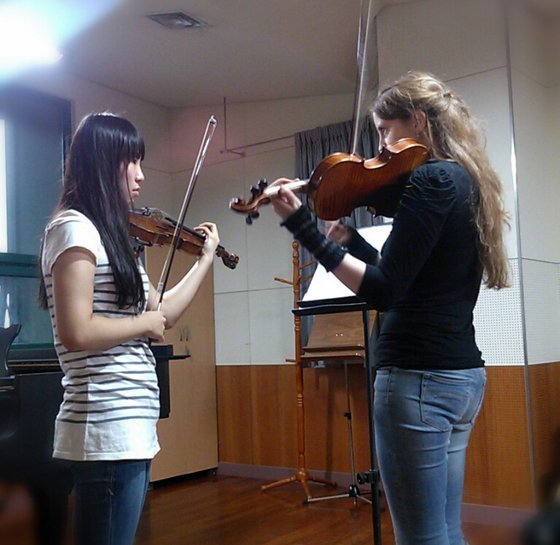 Working with students of Professor Viktoria Kaunzner’s, Frang listened to them play then offered them comments on their technique and advice on ways to improve their performance. She suggests violinists relax their arms more to reduce unwanted sounds of vibration. Frang also says when performing, violinists shouldn’t look at the notes of the composition but imagine them in their head. Frang says by playing this way, performers “can present the feeling of the piece very clearly, and the audience will be able to understand the full emotions of that composition.”

When one student mentioned how nervous he is when playing, Frang said being nervous is normal and helps performers concentrate on what they’re doing. 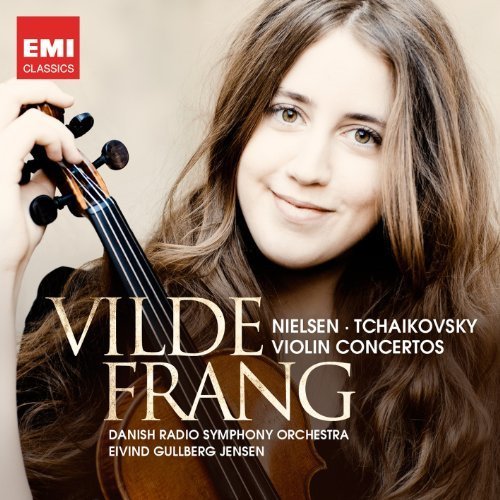 Frang has just released her third album, a program of concertos by Nielsen and Tchaikovsky. At the time of her visit, she was on an Asian tour which took her to Shanghai, Beijing, Tokyo, and Taipei. She came to Korea to play in Yeosu and at the Seoul Arts Center. Although visiting for the first time, Frang said she already knew a lot about Korea thanks to her Korean friends back home with whom she learned German.

Frang has found it interesting to visit the home country of her friends. “Korea is a wonderful country,” she said. “It’s really strange, but in a way [Seoul] is the one city in Asia which reminds me most of Europe — even this area. When I came to Seoul from Frankfurt, I was sleeping. And when I woke up I thought I was still in Frankfurt.”

Frang established herself professionally at the age of 12 when she was invited to perform with the Oslo Philharmonic Orchestra. She is the winner of the 2012 Credit Suisse Young Artist Award, which includes prize money of 75,000 Swiss Francs and a performance with the Vienna Philharmonic. At 25 years old, Frang is one of the world’s leading violinists. What does someone so young and accomplished think about how other young people should learn and develop?

“The most important thing,” Frang says, “is to learn how you can develop your own personal instincts and how to take care of [them]. For that you need talent and discipline, but also the ability to be inspired. I think talent has a lot to do with knowing how to be inspired.”

← Seniority’s complex
Youth unemployment is a disaster waiting to happen →