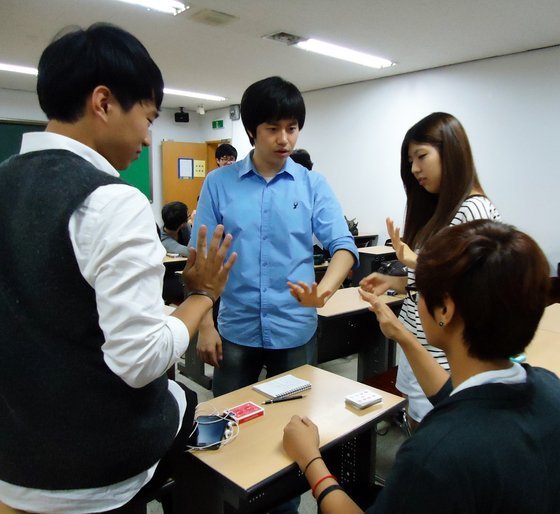 Entrickcian is a magic club founded in 2005 by social welfare students of Kangnam University. Each week members learn from experts and practice the art of magic. The name Entrickcian was coined in 2007 from three words: “En” from “enjoy”; “trick”, as in “magic trick”; and “cian” from “magician”.

Entrickcian has around fifteen active members. Their motto is “Enjoy and make others enjoy.” Club president Bae Sung-man is a sophomore majoring in Public Administration. He sees laughter as a panacea. According to him, “Magic has the unique power of creating laughter through dexterity. It’s really creative rather than illusory.”

Im Se-hwan, a third-year Design major, says, “Magic is only my hobby. It’s not a profession for me because it requires so much devotion and patience. But anyone can learn it through hard work and practice.” 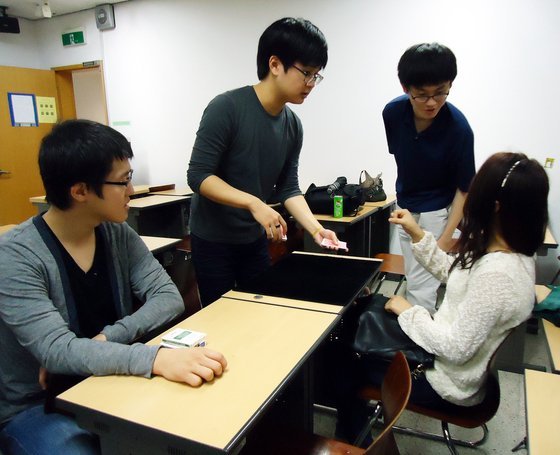 Twice a week, the members of Entrickcian perform at Yangjae Welfare Center, a volunteer organization. Do they get nervous when performing? “I feel comfortable when I perform in front of the crowd,” says Im. Card tricks and “the disappearing thumb” get the best response from audiences, the magicians say.

Each member of Entrickcian has their own responsibility. As club president, Bae usually organizes or holds events and is responsible for official club duties whereas Im focuses on teaching members. The others are responsible for management and participation in school events and recruitment.

Like all artists, the members of Entrickcian learn from the best in the business. Members are influenced by star magician Lee Eun-gyeol and Japanese magician Dr. Leon. Two years ago, members were treated to a lesson by Korean magician Cho Woong. 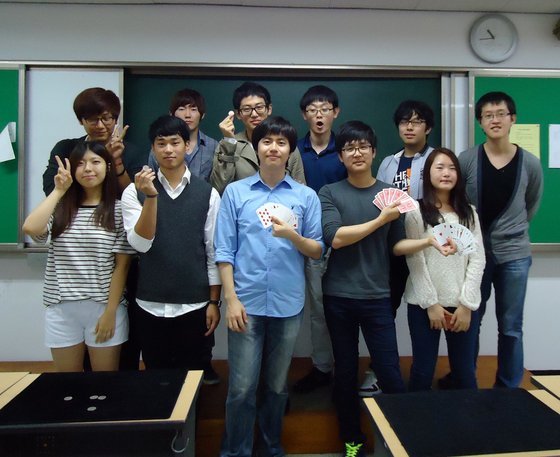 Any students in joining Entrickcian can visit the club’s office on the fourth floor of Student Hall. Students who wish to see Entrickcian perform should look for them at Kangnam University’s fall festival later this month. The theme of their show is still secret, however, so students will have to wait and see.