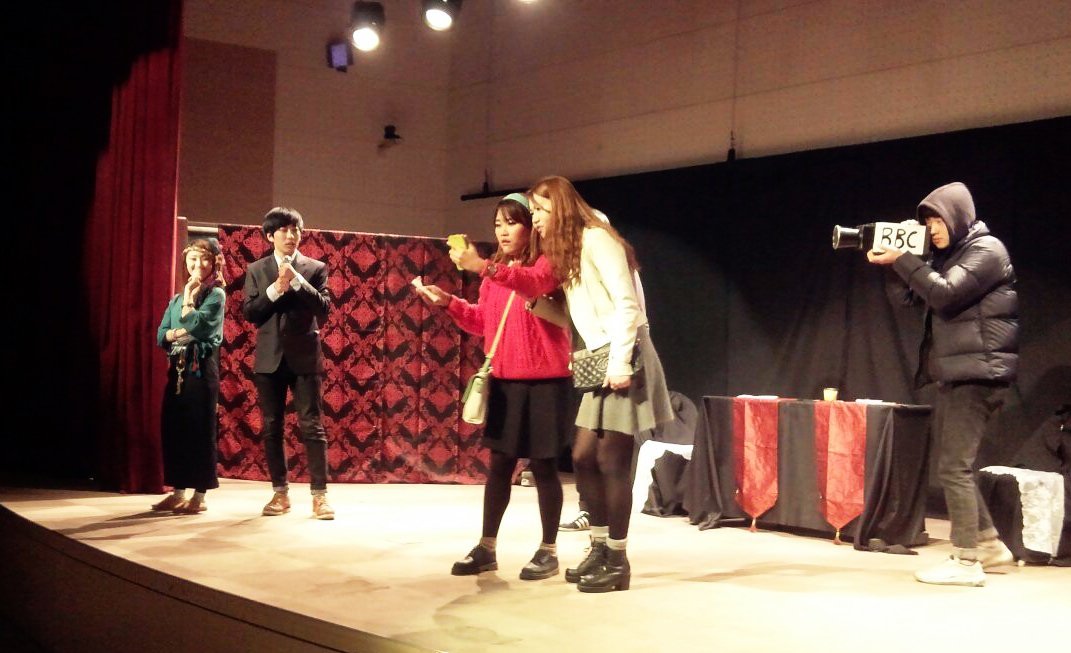 Juniors Park Seong and Song Chai-young were each given awards for their recent high scores on the TOEIC. Park received a perfect score, while Song got 945.

Alumnus Im Cheol-gwon (Class of ’94), gave a motivational speech reminding each student they are all capable of becoming experts. He called on them to appreciate what they have and to everything with passion. As someone who has worked at Konkuk University, Im said Kangnam University students were more powerful, lively, and cheerful. “Going to Kangnam University is nothing to be embarrassed about,” he said. “Be confident.”

There was also a retirement ceremony for Professor Hong Byung-ho, who has taught in the Department of English Literature since 1984. Professor Hong now teaches a grammar class. “Although I will retire,” he said, “I will teach continuously.”

Sophomore Kim Won-gick, who won the English Speech Content in October, delivered his prize-winning speech “Each History Has a Hidden Side”. Quoting historical figures such as Abraham Lincoln, Kim displayed a strong command of English along with good eye contact, gestures, and tone.

The main event was the play “Somebody Famous”. It is a modern play about Brenda, an unknown actress, who goes to a fortuneteller named Mooch. Mooch tells Brenda she will be famous, but must beware of a one-eyed person. Wonderful things soon happen to Brenda, whose fame leads to her ruin.

When the actors first learned their scripts, they had difficulty understanding the meaning of the story and how to properly express emotions with their lines. For two months, Professor Chung Indon worked with the student actors on their pronunciation, helping them learn how to perform in English. The result was a play that was interesting and easy to understand.

Owechim members Jung Jae-min (sophomore) and Lee Yoon-min (freshman) ended the night performing three songs, bringing the audience to their feet. It was an exciting end to a meaningful and eventful evening.

← Through their eyes
What a bargain! →