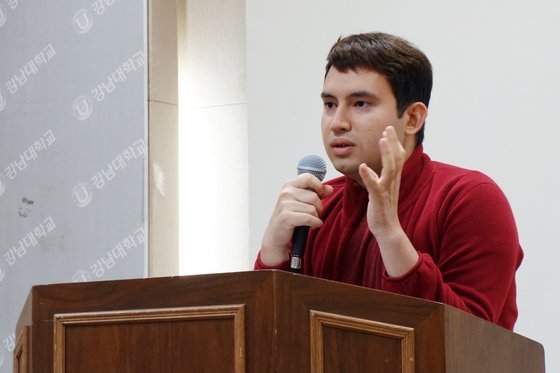 The final round of Kangnam University’s English Speech Contest was held in Education Hall the evening of October 7.

Of the six finalists who competed, it was 4th-year international studies major Elías Molina who took home first prize of 500,000 won with his speech, “Education. Why?” Using humor and the life stories of former Korean president Lee Myung-bak and UN Secretary-General Ban Ki-moon, Molina was critical of what he sees as a general decline in people’s willingness to make investments in and sacrifices for one’s education, while easily spending money and time on things that merely allow us to have fun.

Despite an impressive performance in which he urged fellow students to live their lives, last year’s winner, 3rd-year English literature major Kim Weon-jik, had to settle for 2nd place. 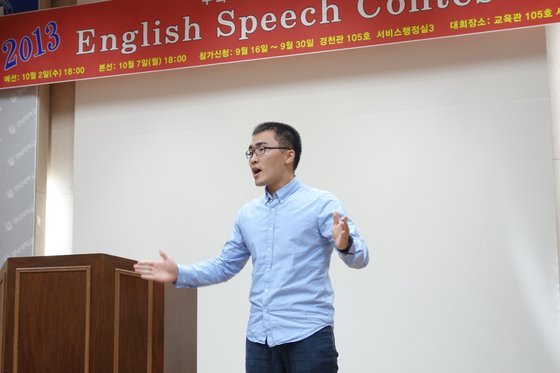 Simply trying, however, is perhaps more important than winning first place. 3rd-year design major Shin Yaeji, who shared 3rd place with 4th-year international trade major Yoo Jae-kwon, said, “I knew that this contest would give me a lot of experience and a chance for growth, no matter how good I am at English.”

“It was not very important to me who was better than whom,” said Department of English Literature professor Chung Indon, who also served as a judge. “I just wanted to give students a chance to come up to the stage. To me, a good speaker is a person with courage. All the participants are winners.” 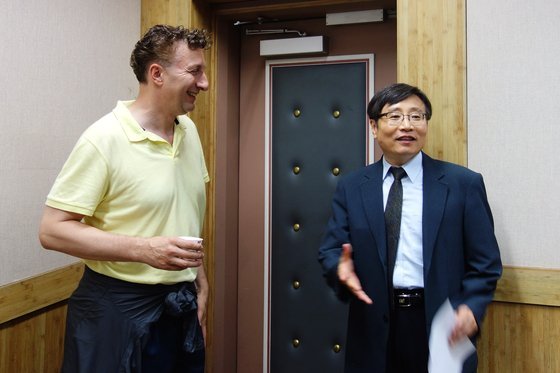 Co-host of EBS radio show Easy English “Happy” Isaac Durst stopped by to show his support. He and Prof. Chung Indon share a few words before the contest.

← A Night of Opera
Student art on display →