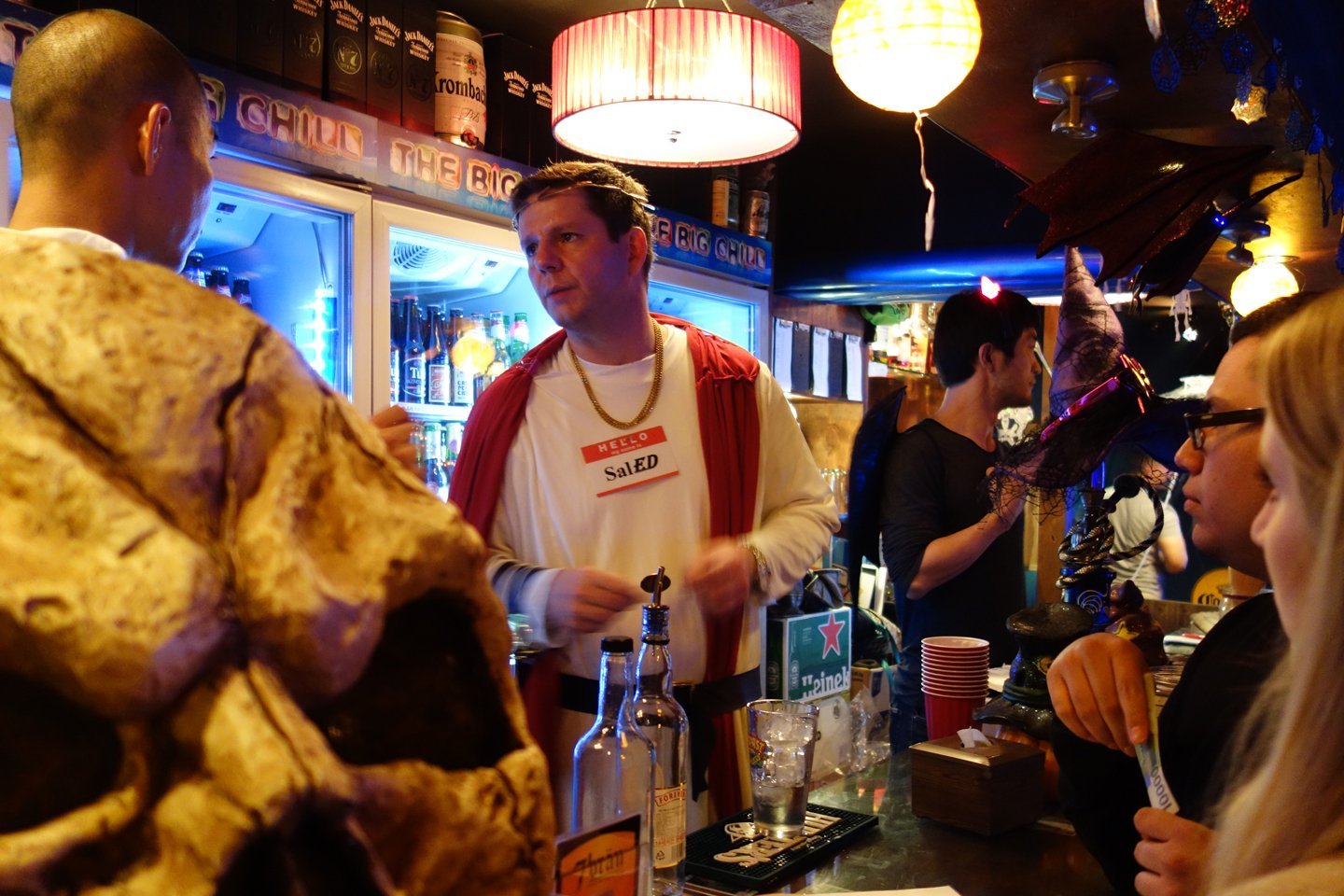 When Kangnam University English instructor Edward Jorgensen isn’t teaching or preparing for his classes, he is tending to his “hobby”. Since October 2009, Jorgensen and his wife have been operating The Big Chill, an event bar located in the South Gate (남문) district of Suwon. His patrons are an eclectic group that includes foreign English teachers, nearby university students, and local residents who come by to play pool, throw darts, and, of course, knock back a few beers. 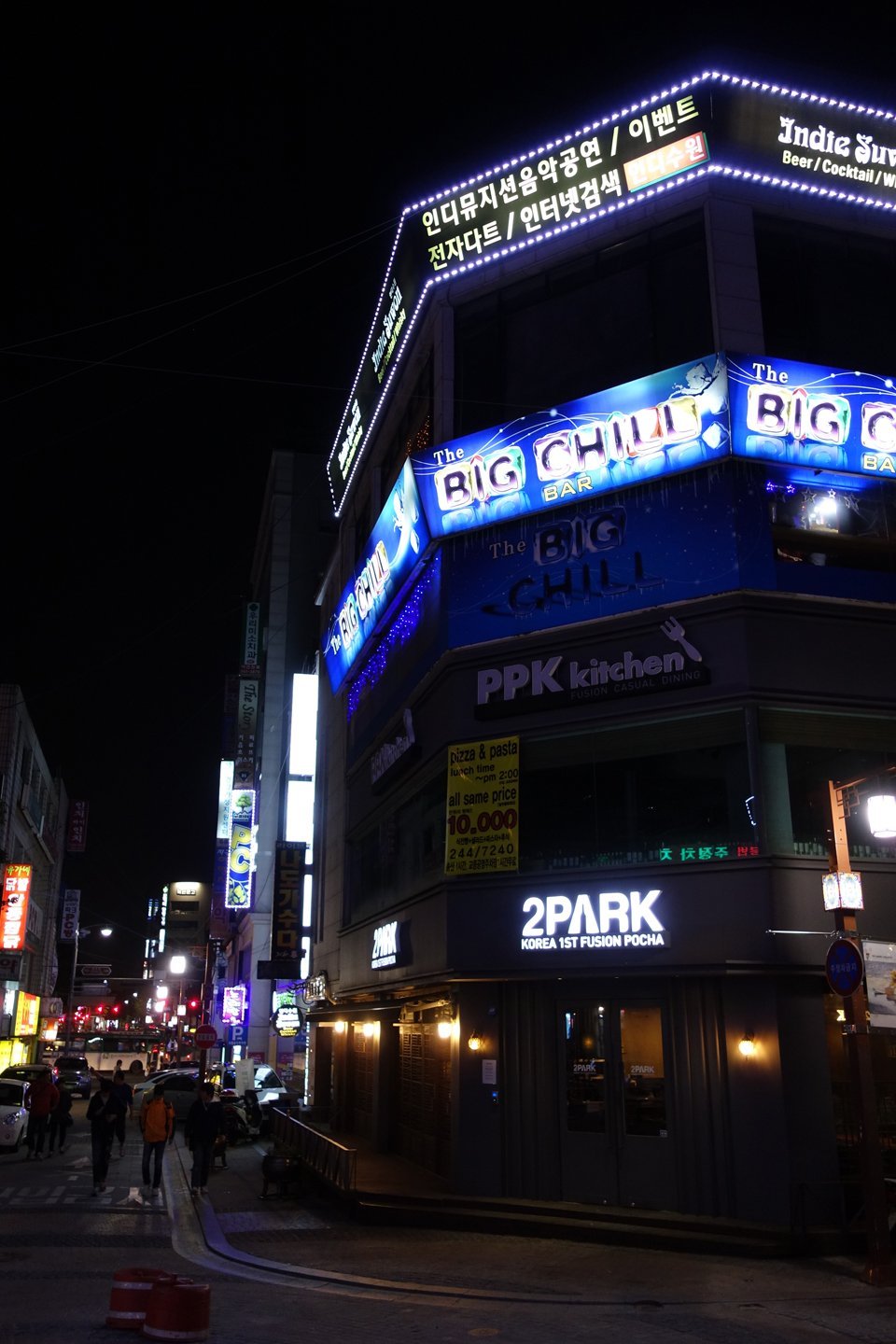 The Big Chill is an apt name for the place. Blue is the predominant color, which provides a relaxing atmosphere. That is precisely the point. “We know that, psychologically, as people drink,” says Jorgensen, “they become more aggressive or assertive. Blue is a calming color, so we thought it would be a good mix with alcohol.” In other words, the blue helps patrons to “chill out”.

As an event bar, The Big Chill hosts occasions such Quiz Nights, Cluck & Keggers (serving chicken wings and all-you-can-drink draft beer), Karaoke Nights, and Open Mics. Quiz Nights are a popular draw. With Jorgensen typically serving as Quiz Master, he leads a Family Feud-style game in which patrons work in teams answering pub trivia. The bar is a great place to relax and a satisfying business to run.

Jorgensen has had a long history with the food and beverage industry, working in a bar and a resort when he was a university student. For over two years, he managed pubs in Europe during what was supposed to be a three-week backpacking trip. After completing his studies in Korea, he followed “a young man’s dream” and decided to give owning his own bar a shot. It has paid off. The business itself has been financially lucrative. More important to Jorgensen, however, are the friends he makes through The Big Chill.

The job also provides intellectual stimulation from a psychological or sociological point of view. For example, Jorgensen has noticed that Korean smokers prefer wet ashtrays to prevent ash from flying around, while westerners prefer a dry ashtray on which to set their cigarettes. Also, when judgment becomes impaired after too many drinks, westerners tend to steal things from the bar while Koreans simply break them. Interesting stuff, to be sure.

The employees at The Big Chill learn a lot as well. Although they are not required to speak English, language acquisition typically results. It makes sense. “The Koreans that apply to work at the bar are there to enhance their English skills,” Jorgensen says. His manager, for example, couldn’t speak a word of English when he was first hired, but has become nearly fluent after two years!

Perhaps it shouldn’t be a surprise. Despite owning a bar, Jorgensen sees himself as a teacher first and makes his job at Kangnam University his priority. The bar is merely “a full-time hobby.” He invites all to stop by and join the fun.

The Big Chill is open from Wednesday to Saturday, starting at 8:00 pm each night. You can keep up with events on their Facebook page.

← Be one with Kusama
Study and make money! →