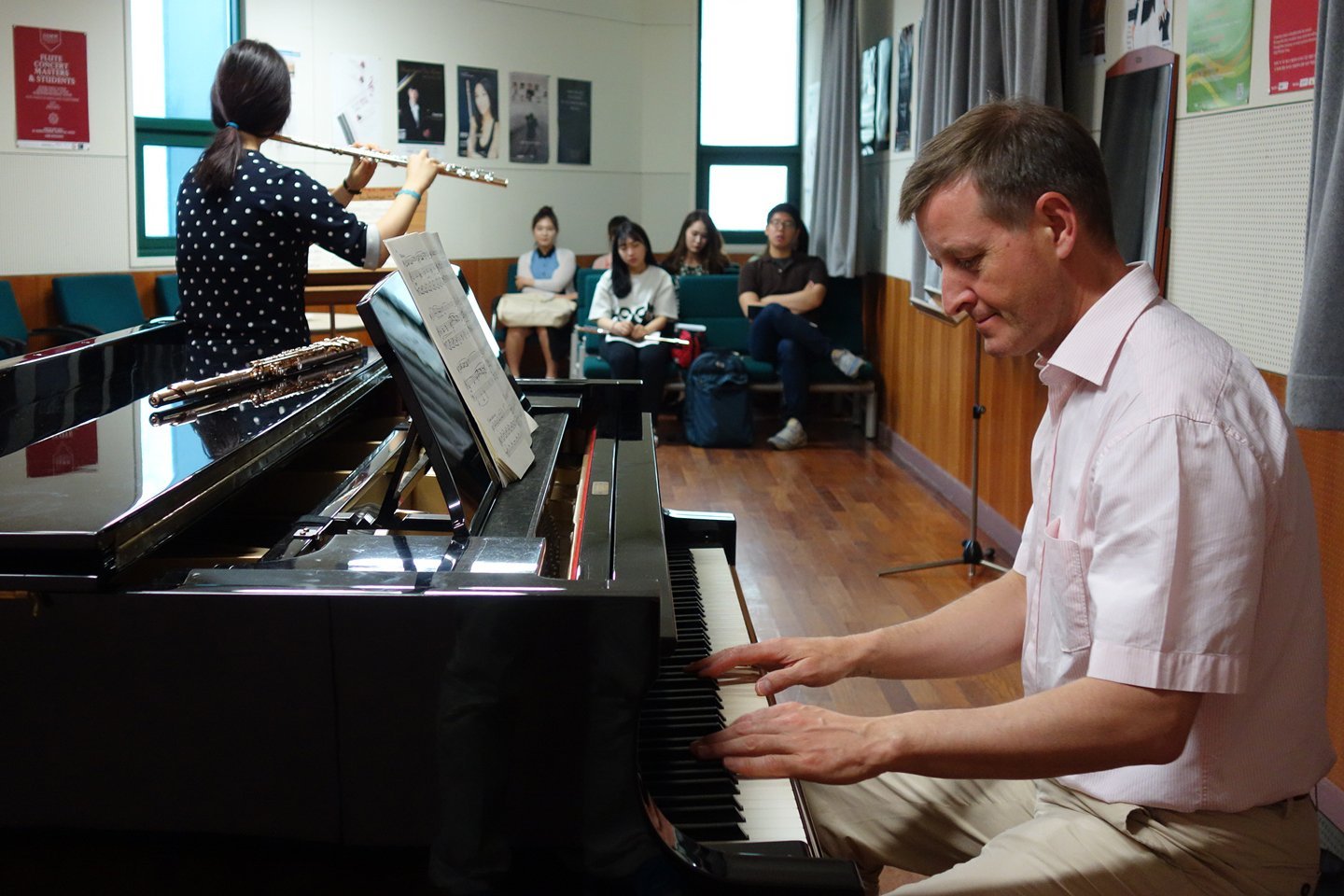 Last week Kangnam University’s German School of Music Weimar welcomed back a special guest and an old friend. Professor Ulf-Dieter Schaaff, principal flutist for the Berlin Radio Symphony Orchestra and professor of flute at The Liszt School of Music Weimar, spent the week with students of Professor Philipp Jundt and Guest Professor Dorothee Binding for an intensive series of masterclasses. Their efforts came to fruition at last Thursday’s Masters & Students concert at Dolce Art Hall in Seoul.

Masters & Students was a showcase for students of the German School, whose playing received last-minute fine-tuning by Schaaff. After a robust student program that included works by Vivaldi, Bach, and Prokofiev, Schaaff, accompanied by pianist Ahn Hye-lim, performed Doppler’s Fantaisie pastorale hongroise with the mastery of breath and tone he had been teaching in class. He then shared the stage with his masterclass students, playing duets from Mozart’s The Magic Flute followed by the Asia premiere of Wilfried Hiller’s Notenbüchlein für Tamino (Notebook for Tamino).

Schaaff was in top form that evening, and the students of the German School did not disappoint either. “The concept of Masters & Students is great,” Schaaff remarked afterward. “I think the concert was a really good experience for everybody — for the students and for the teachers.”

Schaaff gives much of the credit for the improvement in the German School’s flute program to Jundt and the new guest professor Dorothee Binding. Jundt, in particular, is actively connected to the music world, he adds, “opening every possible door, making the school interesting for very good flute players.” 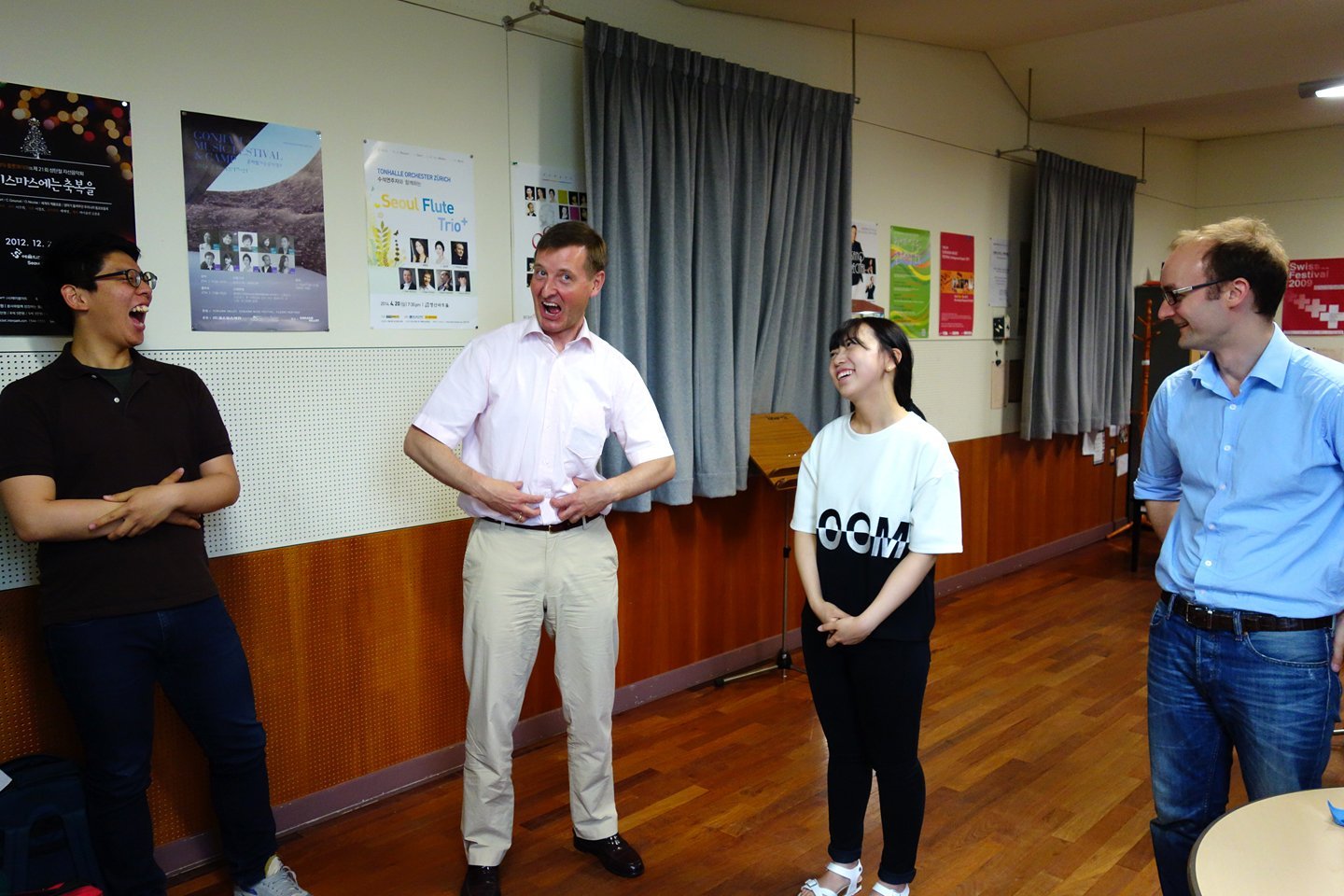 Schaaff makes his own contribution with every visit to the German School, with rigorous methodology offset by his humorous demeanor. “When I play the flute I express my feelings and love for the music. I want to send an acoustical, visual, and emotional message to the audience. I try to touch their souls. My aim is for the students to make their own emotional connection to the music while they play the flute.”

Schaaff’s habit of mind is one that has become easier to share with the students at the German School of Music Weimar. “I’m surprised at the quality of the students,” he notes. “Since the last time I was here, which was about two years ago, their mentality has changed. They are less shy with verbal contact and are generally more open. This shows in their playing, as well.”