There’s a German village in Korea. It’s true! The German Village located on the island of Namhae is a place where you can get fresh air, rest your mind and body, and experience some German culture. When you arrive you won’t believe you’re still in Korea!

Germans live in the village, whose houses are all built in the German style. There are also businesses to help tourists experience German culture. A local restaurant sells German food and has a museum in its basement. There is also a gardening art town. The seashore and terraced farms make for beautiful scenery and is a great backdrop for taking pictures.

The history of the German Village begins in the 1960s when Park Chung-hee was president. In 1964 the West German president Heinrich Luebke invited President Park to his country. When he arrived President Park visited the Ruhr coal mines where many Korean miners and nurses were living and working. At the time South Korea was very poor, and the president borrowed money from West Germany in exchange for Korean labor. When he visited his fellow countrymen and women, Park encouraged them by telling them their labor would benefit future generations and “pave the way for a foundation of prosperity like that of others nations.”

Park reportedly wept after leaving his fellow Koreans. President Luebke consoled him by giving him a handkerchief and vowing his continued support. “Let’s achieve an economic rebirth to unite our divided countries,” he said. “The only way to defeat communism is with an economic rebirth.”

This partnership between West Germany and South Korea played an important role in Korea’s “Miracle on the Han River”. Decades later Namhae County began construction of the German Village and invited Koreans and their German spouses to live there, offering them cheap land and financial support.

Namhae is in South Gyeongsang Province, so it’s pretty far from Seoul. You’ll have to think carefully about how to get there. Of course, if you go with your family, you can just take the car. But if you go by yourself or with friends, an express bus may be the best way. Why not KTX? When you get to the closest KTX station you still need to take an intercity bus to the German Village. You don’t want to pay for a taxi, do you? 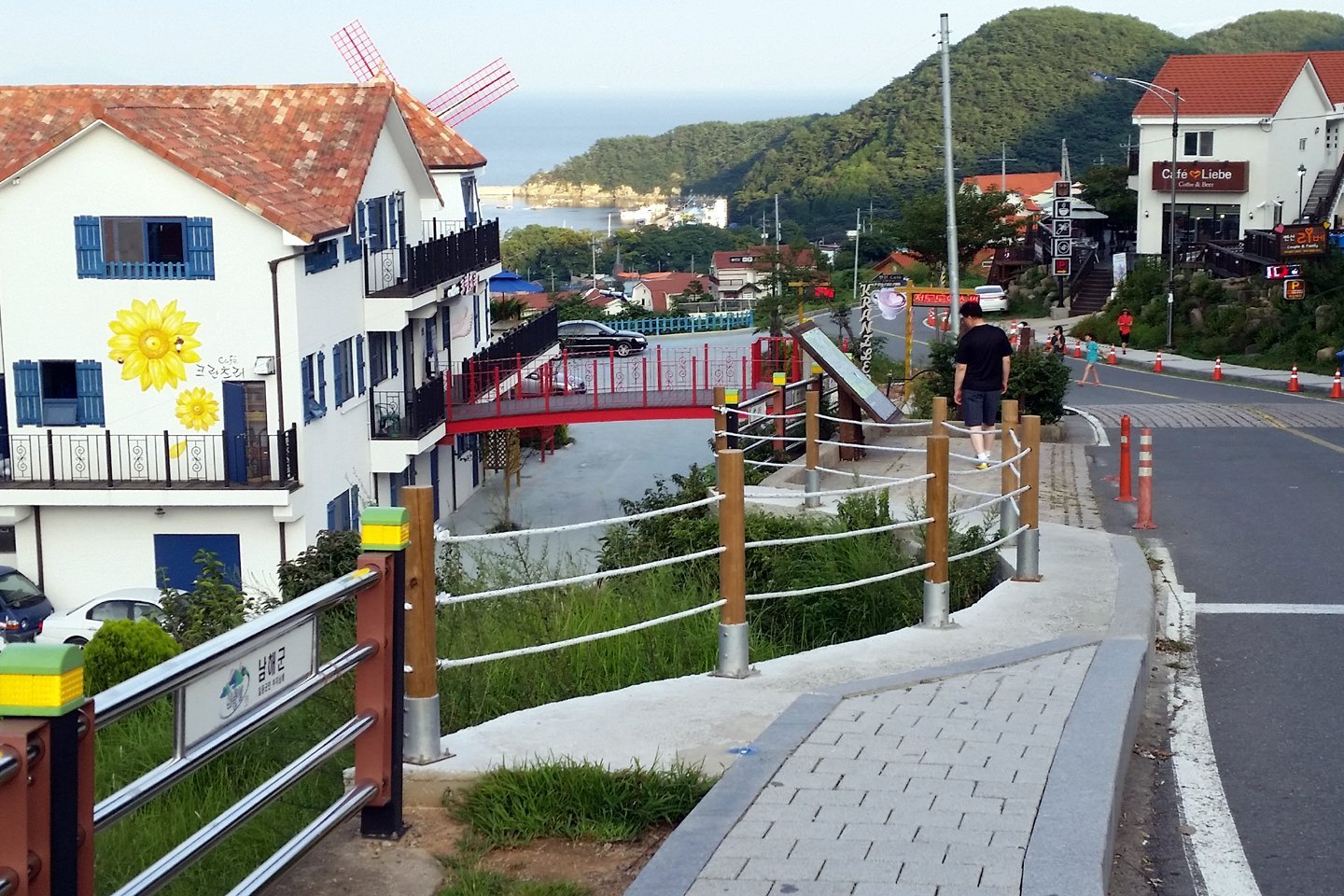 Renting a room in a German Village guesthouse may be a bit too hard on a student budget. Instead students should find lodging outside the village. Many buildings outside the village are also built in the German style but are much cheaper. To enjoy the village be ready to spend about 150,000 per person. It’s a lot of money for a student, but it’s worth it.

A visit to the German Village is a chance to grow a little and broaden your mind. If you didn’t have a chance to visit this summer, consider going in the fall during Octoberfest for some great German sausage and beer.