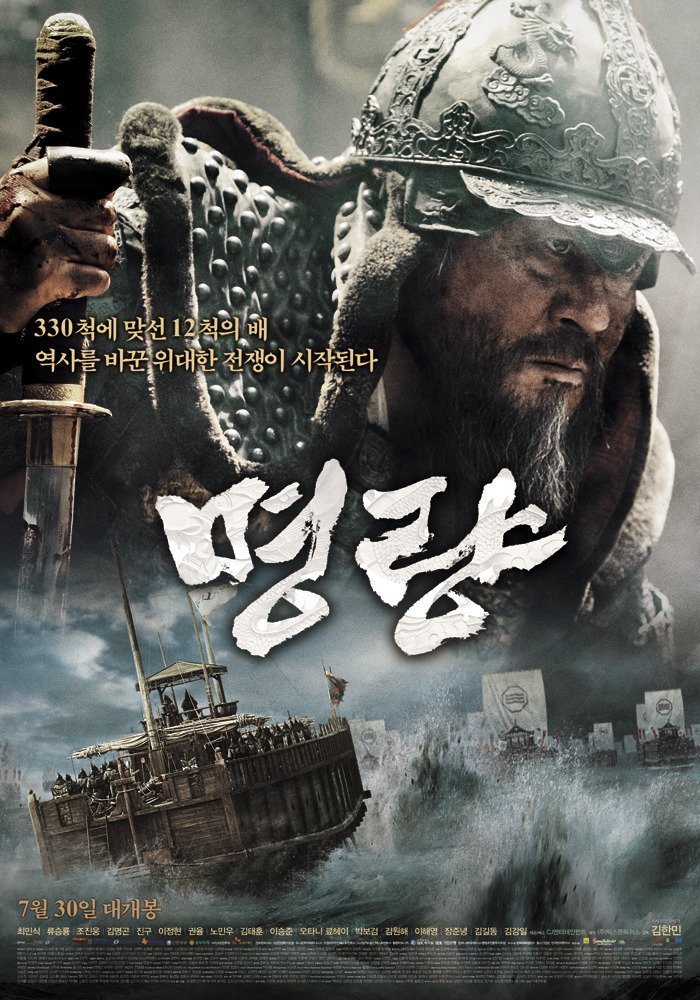 Koreans have been enjoying the biggest box office hit in the country’s movie history. Director Kim Han-min’s Myeongnyang (명량), also known as The Admiral: Roaring Currents, has been seen by over 16 million people, attracting huge audiences and breaking records right from its opening night.

Myeongnyang is another successful historical film for Kim, whose War of the Arrows (최종병기활) in 2011 also did well at the box office. The film is also another feather in the cap for actor Choi Min-shik, who plays the movie’s protagonist Admiral Yi Sun-shin. Choi, who has enjoyed a varied filmography, is famous for his roles in the 2003 revenge story Old Boy and 2012 crime drama New World. He makes his English-language debut in Luc Besson’s Lucy, opening in Korea September 3.

The movie depicts Admiral Yi’s role in the 1597 Battle of Myeongnyang. Admiral Yi commanded his fleet of twelve ships and succeeded in checking the advance of Japan’s massive navy of more than 300 ships. His brilliant war tactics damaged and destroyed numerous Japanese ships, resulting in a victory for Korea.

Myeongnyang is a powerful and entertaining movie. Made with a massive budget of 16 billion won, it is filled with intense action and special effects. The movie, however, has its flaws. While Admiral Yi may be the most pivotal figure from the battle, he was still one of many. Some audience members may feel the movie focuses too much on the hero, neglecting other important characters. The Japanese admiral Kurushima, for example, is a charismatic character and worthy enemy who dies an empty death that minimizes his impact.

Nonetheless the success of the movie has had a huge ripple effect on Korean society. More people have renewed their interest in Admiral Yi and are reading more about him and the 16th century Japanese invasion of Korea. Biographies on Yi and publications of his war diary (Nanjung Ilgi) have seen a noticeable increase in sales. It is not surprising that three out of five Koreans have gone to the theaters to watch Myeongnyang. A movie that is not only entertaining but also gets people excited about history doesn’t come along every day.

← A passion for English
“I came to Korea because of friendship.” →