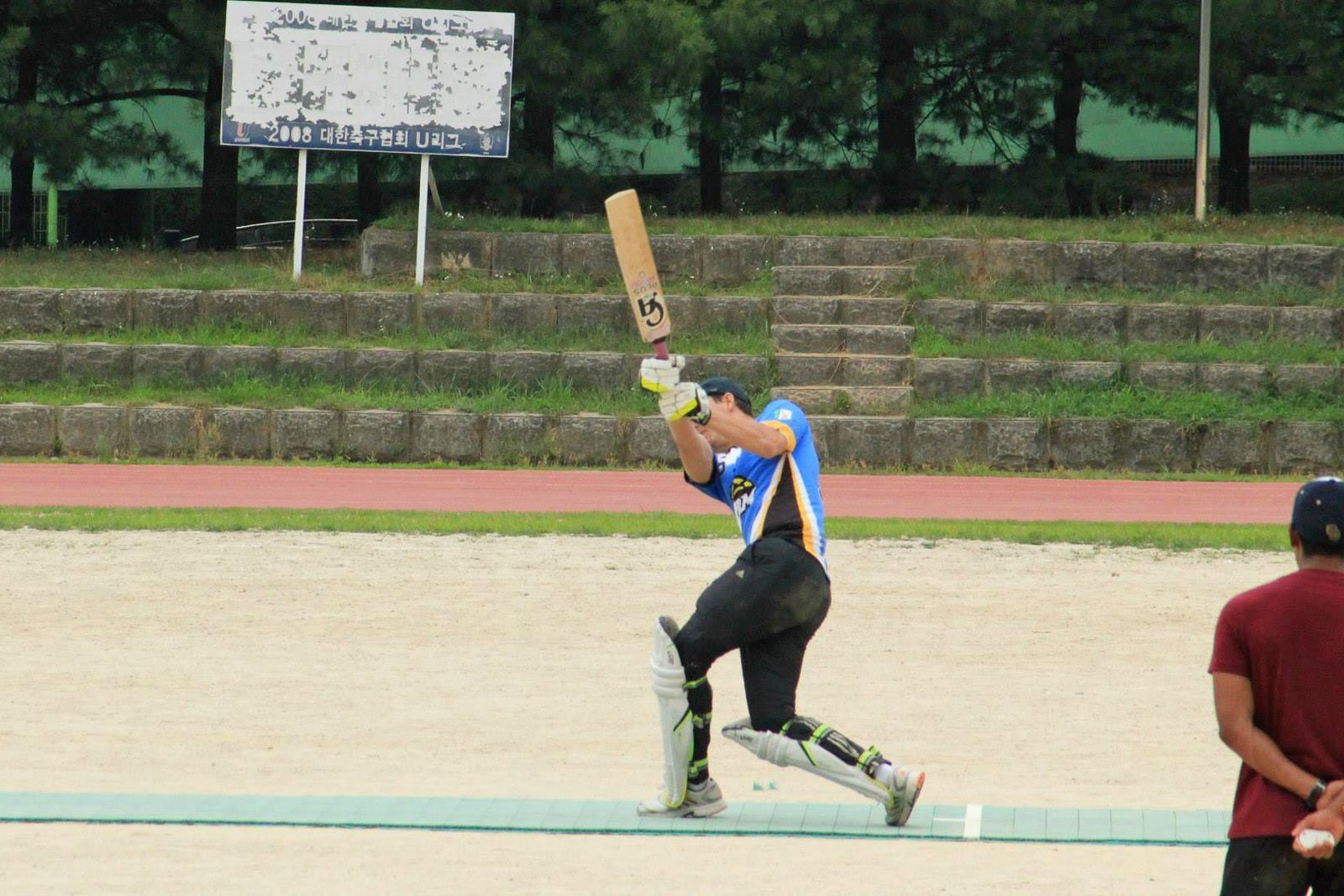 If on a summer afternoon in Suwon you hear the thwack of wood on leather, don’t assume it’s just another game of baseball.

The field could be oval, the bats could be made of willow, and two batsmen could be playing at once. Just be on the lookout for stray balls (red ones, not white) as they are very hard, and it’s dangerous to walk on the pitch when it’s being hit.

Cricket is one of the most popular sports in the world and is played in over 100 countries. It has its strongest following in South Asia, England, Australia, New Zealand, and parts of Africa, and it has a deep cultural meaning for people from these areas. However, it has yet to catch on in South Korea due to the supremacy of baseball. Still the game has been played in the country for as long as commonwealth nationals have lived here. A cricket league began in Seoul in the 1990s. The league moved to Suwon ten years ago and most games are now played at Sunkyunkwan University. 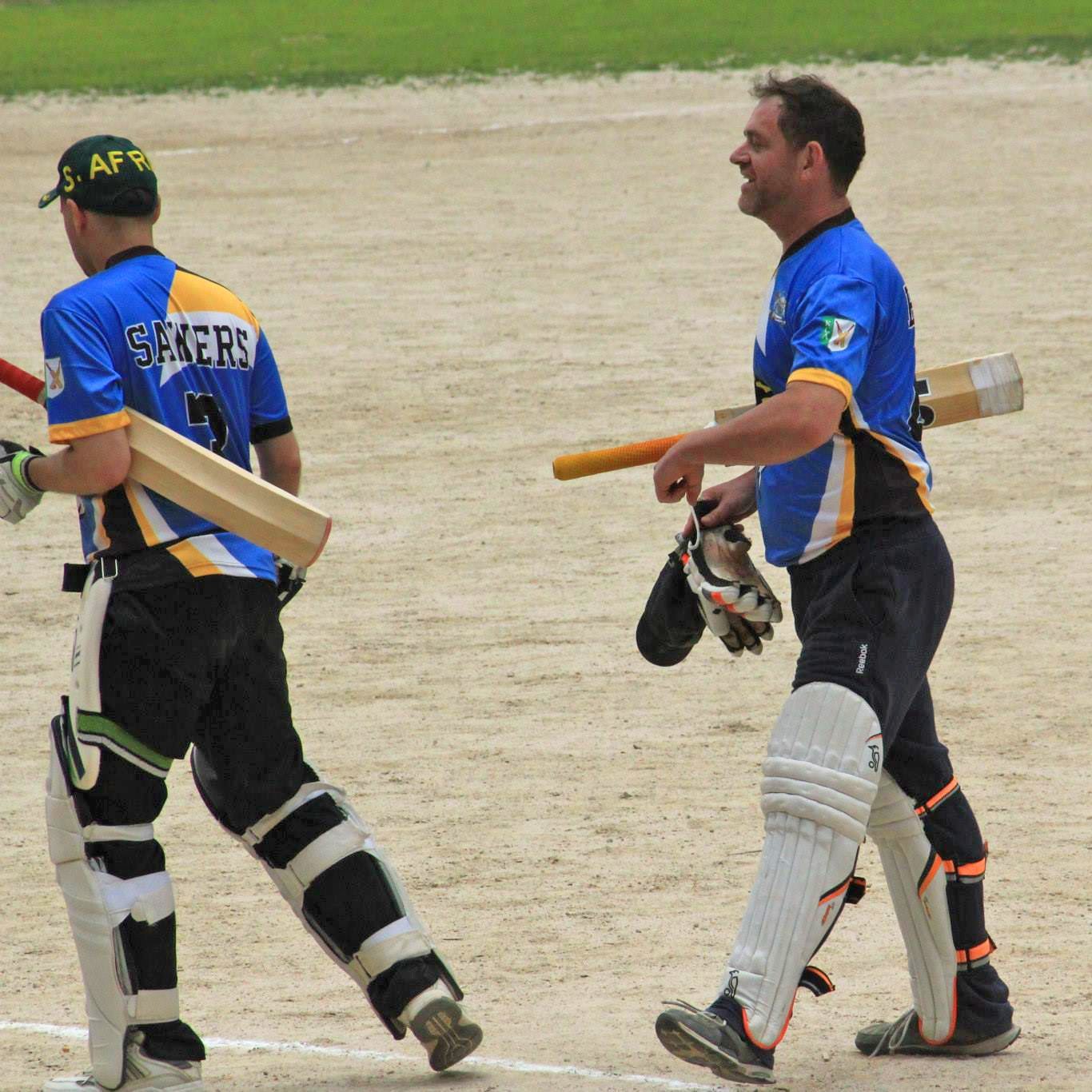 The writer (right) and his cricket teammate walk off the field.

The league consists of 14 teams. Some teams are based on nationalities while other teams allow anyone to play. Two of the teams are made up purely of Korean players. The standard of the league is also very competitive. Some of the players could play grade-A cricket in Australia. Then there are others, like myself, who, while passionate about the game, are at best village cricketers.

Cricket is a no contact sport. It also doesn’t require a certain body type. Some of the best players in the world are smaller as cricket doesn’t require great size or strength, but rather patience and good technique. The game is also a mental one, requiring tremendous focus and concentration.

While competitive, cricket also prides itself on its gentlemanliness and sportsmanship. Every player must respect the umpire, and a certain level of decorum is expected on the field. The league in Korea is also very social. Players often sit down to have a beer and a chat with the opposition after the game.

Anyone looking to take up the game can join the “Cricket Korea” group on Facebook. Matches are held on Sundays, and players of all levels are welcome.

← Suit up for action!
Magic is in the cards →