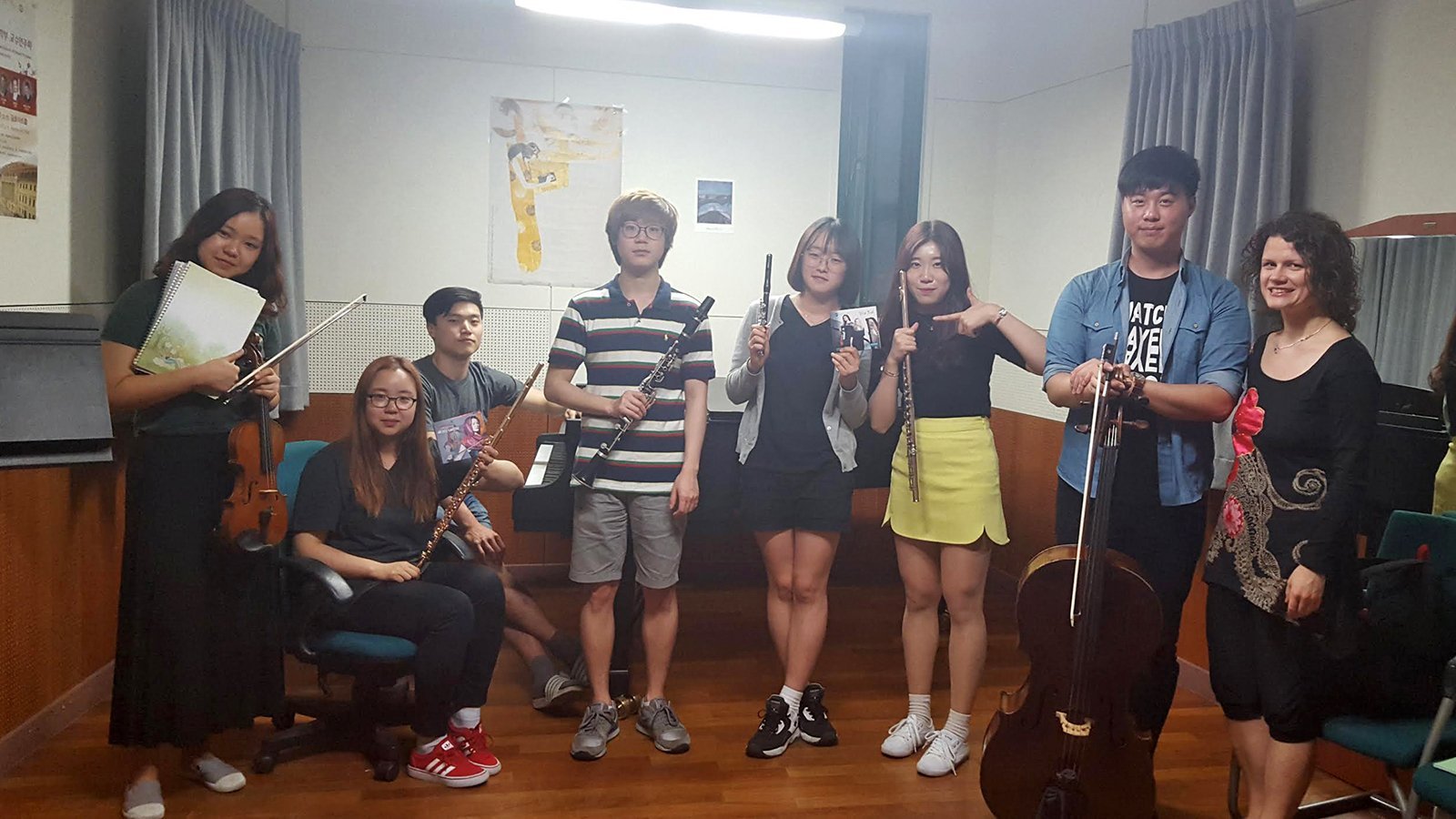 Earlier today the German School of Music received a gift of music to be added to their library.

From Dinescu the GSM library received compositions for violin, viola, cello, flute, clarinet, and piano — all instruments taught at the school. Professor Kaunzner describes Dinescu’s music as “derived from the roots of Romanian folk music transferred into particular ethnomusical settings in various musical forms.” Two CDs by Dinescu were also included in the donation.

Seel donated his scores for string quartets as well as duos for violin and cello. “His music is witty, deep and experimental,” Kaunzner remarks, “and is inspired by traditional Korean instruments as well as acoustical space. He has deep insights about Korean traditional music.” 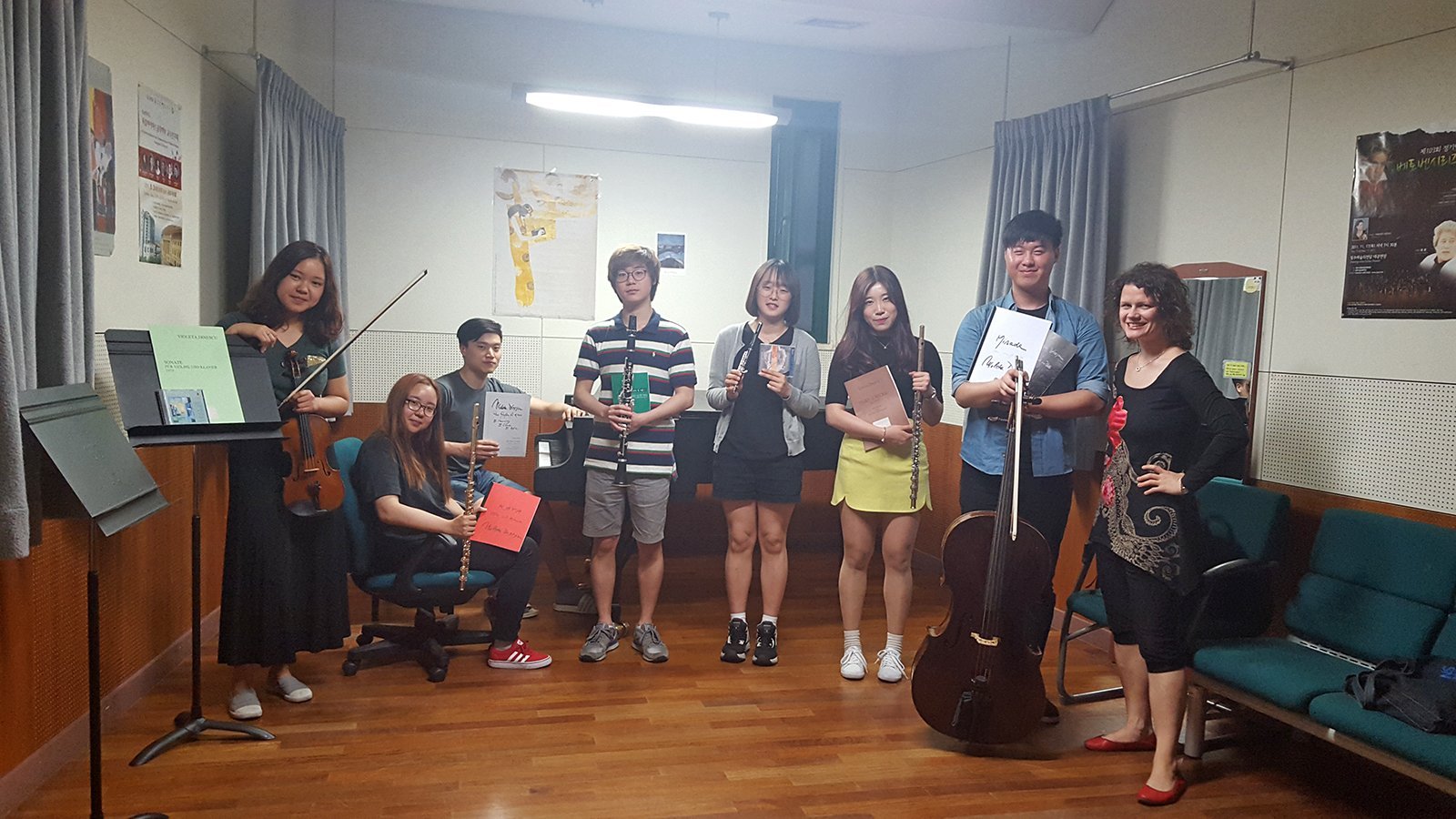 German School of Music violin professor Viktoria Kaunzner poses with students and presents a donation of music from German composer Daniel Seel and Romanian composer Violeta Dinescu to be added to the GSM library.

“All instrumental players from former times,” says Kaunzner, “all composed their own music.” She laments such a practice “is forgotten today.” She hopes donations such as the one made by Seel, Dinescu and herself will “awaken [students’] creativity” and “inspire them to compose and improvise” their own works.

Kaunzner, Seel, and Dinescu will soon make a similar donation to the library at Kangnam University’s Department of Music.