A review of How to be Single 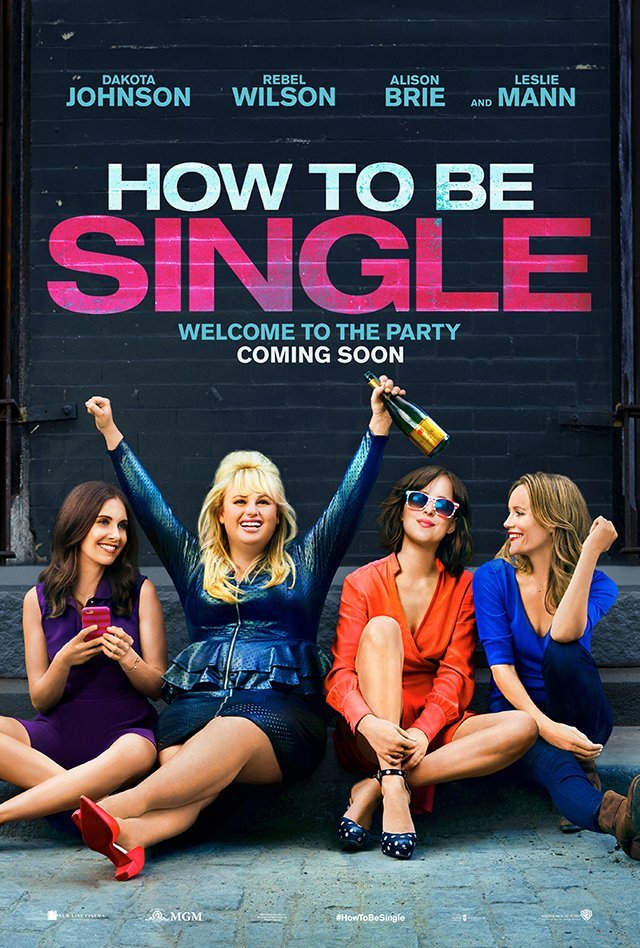 This February has been an amazing month for movie lovers. I bet a lot of you folks thought the same as me when the trailer for How to Be Single came out. I mean, if Rebel Wilson is in it, this movie has got to have us laughing the whole time, right? So yeah, it wasn’t a disappointment at all.

Though I doubted at first that Dakota Johnson could be entertaining because of her boring performance in Fifty Shades of Grey, she surprised me. And good!

How to Be Single is about a college girl named Alice (played by Johnson), who meets her prince charming Josh her freshmen year. They are such a cute couple, and their future together looks so meant-to-be until Alice decides to dump her boyfriend to see for once in her life what it is like to be single. She moves to New York to her sister’s flat and gets a job soon after.

At her job she meets crazy and very funny co-worker Robin (played by Wilson), who takes her to a bar the first day they meet. There Robin introduces Alice to Tom, a bartender, who has the perfect bachelor lifestyle until he meets Lucy (Alison Brie), the girl who lives near Tom’s bar, is obsessed with finding her future husband, and goes on a lot of online dates to find him.

On the other side, Alice’s sister Meg (Leslie Mann) has decided to have a child via a sperm donor. Some time later, after successfully getting pregnant, she meets someone. And without wanting to start a serious relationship, she falls into one. Then there is Alice, who is so not trying to be single because she gets tangled up with her ex-boyfriend Josh, the bartender Tom, and David, someone she meets briefly and has a magical Christmas day with.

How to Be Single is a really cool romantic comedy the female audience will fall in love with. It’s kind of like a manual on how to get over guys and embrace life with yourself, though we may not necessarily want to follow in the footsteps of the movie’s characters. They get a little crazy, though they do make life after college an enticing one.

How to Be Single is a great date movie or for when you’re out with the girls.

← Chill out to some culture
The Listening Post: That’s What They Say and Car Talk →