Im’s place on the orchestra’s tour through German, Austria, and Switzerland was the outcome of a “super project” by Kaunzner to encourage her students to improve both their violin playing and their German. She pitched the idea to everyone, showing them the breathtaking venues the orchestra would be playing: St. Blasien Abbey and Ettlingen Castle in southern Germany, the Cuvilliés Theatre and Nymphenburg Palace in Münich, the church of St. Peter in Zürich, and the world famous Konzerthaus in Vienna. The Konzerthaus in Vienna is “really one of the most famous concert houses in the world,” says Kaunzner, mirroring the excitement felt by her students at the time. “Really, I’m not exaggerating.”

She explained to her students, “Look, I can ask the orchestra director whether you can get a chance to play. But we have to make a video audition.” They accepted the challenge.

Training began with a concert last October at Sarangbat Mental Rehabilitation Center in Hwaseong, followed by grueling rehearsals — a hardship endured not only by the students but also by GSM’s piano accompanist Jong Hyun Kim, who spent five hours on the recordings alone.

The experience was a tough one. “If they played a bad note in the very last bar,” explains Kaunzner, “they had to start again.” She laughs as she recalls the brutal recording session. “I feel bad, but I had to be so strict with them. I pushed them for more than five hours each day. It was like a super intense camp. But they made really good progress.”

Auditionees were required to play the 1st movement of a Mozart concerto, a fast and slow orchestral piece from Mozart’s Symphony Es Dur, Wagner’s Sigfried, and Strauss’s Don Juan, and finally a piece of the auditionee’s choice.

Suggesting the rigorous level of competition, Im was Kaunzner’s only student to pass the audition. “Juhee did a really good Don Juan,” adds Kaunzner. “I think that’s how she got the job. She was selected as one out of only eight violins. I’m really proud of her.”

“Rehearsing with Prof. Kaunzner till late each night was hard,” said Im after coming back from tour, “but she helped me to play more passionately.” 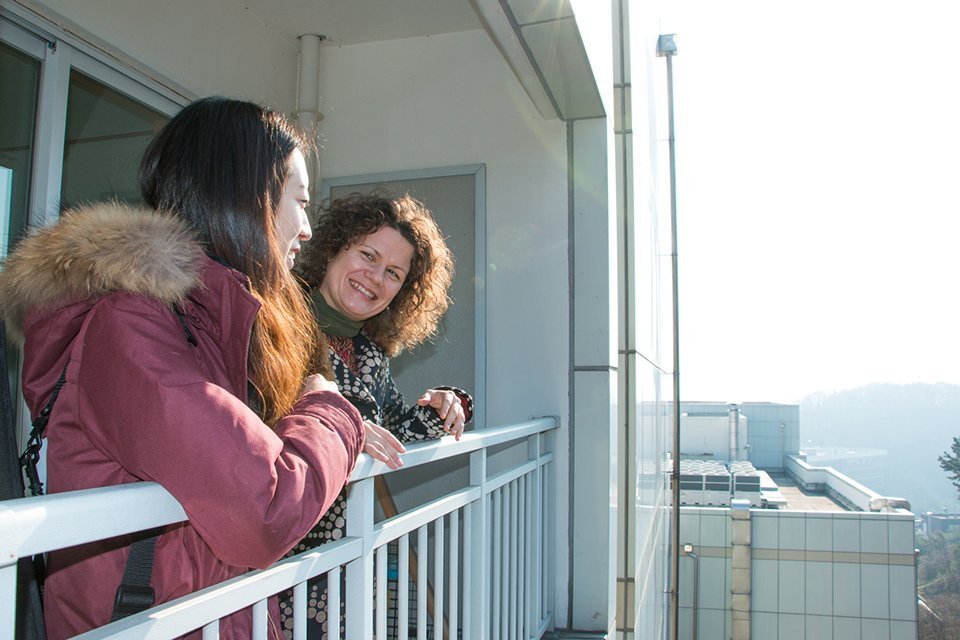 Her tour with the orchestra began January 11, playing Mozart’s Divertimento, Violin Concerto No. 2 in D Major, and Piano Concerto No. 13 in C Major. “Night Shade Dances in the Sculpture Garden” by Wilfried Hiller (1941) was also given its world premiere.

As a touring member of the orchestra, she received a scholarship of 680,000 won and stayed with host families during the tour.

The tour offered Im a chance she wouldn’t have had otherwise. “Since we can’t play with an orchestra at the German music school,” she explains, “it was really fun to practice with them. I also learned a lot playing at all the different halls.”

Her travels did not always go smoothly however. “It was hard to get used to the food,” she notes. “And communication was difficult at first. But after I came to Germany, Professor Kaunzner sent me messages checking on me every day.”

Despite the hardships, Im grew from the experience. “I was always a little afraid to take on challenges like this,” she admits. “But preparing for this tour gave me confidence and helped me set higher goals for myself.”