It has been a productive summer for German School of Music violin professor Viktoria Kaunzner, who continues to present challenging opportunities for her students while making her own contributions to musical discourse.

After enjoying recent success with her 3rd-year student Juhee Im, who toured Europe with the Young Bavarian Philharmonic Orchestra in January, Kaunzner’s mentoring led to Ihm, 2nd-year student Jiwon Lim, and 4th-year student Haram Park‘s invitation to rehearse and perform with the Academic Orchestra Berlin over the summer as 1st violin and 2nd violins respectively.

During their three-week stay with a guest family in Berlin, Im, Lim, and Park improved their German and rehearsed intensively for two weeks with the orchestra, culminating in a final concert July 3 at Nikolai Concert Hall in Potsdam under the direction of conductor and composer Peter Aderhold, professor of music theory and composition at Hanns Eisler Musikhochschule. 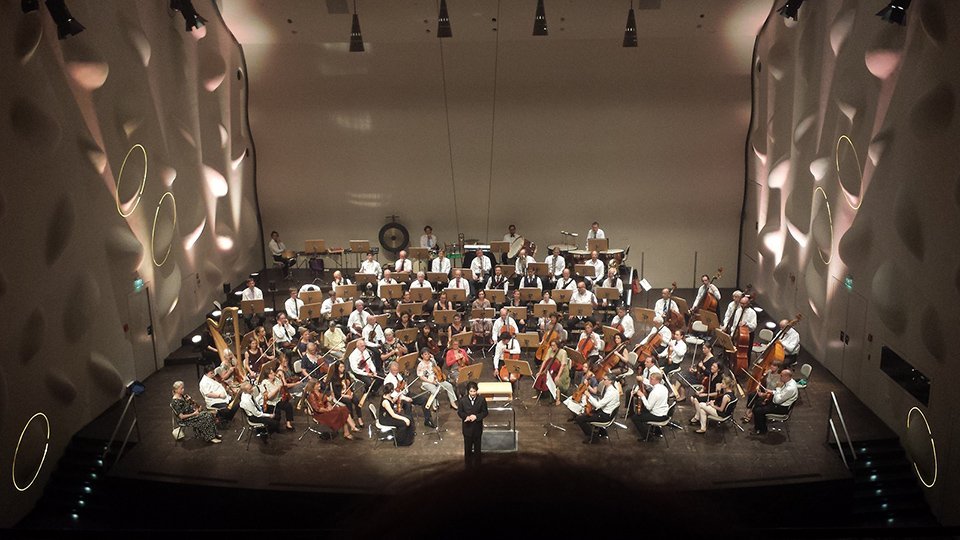 The event saw performances of Andreas Lange’s “Peterchens Mondfahrt”, Symphonic Suite, Howard Elgar’s Concerto for Violincello and Orchestra in e-minor, as well as the world premiere of Hector Marroquin’s “The King of All Wild Things”.

Kangnam University’s students were not the only ones to make an appearance in Germany this summer. Guests of composer and professor Violeta Dinescu discussed and performed their works at a composers colloquium July 7 at Carl-Ossietzky-University Oldenburg. Professor Ja Young Choi from Kangnam University’s Department of Music presented and performed some of her compositions. Professor Kaunzner also performed harp and violin pieces from her Duo 47/4 album with Anna Viechtlr. As Viechtlr’s pregnancy didn’t allow her to perform, Prof. Florence Sitruk of Music University Geneve took her place. 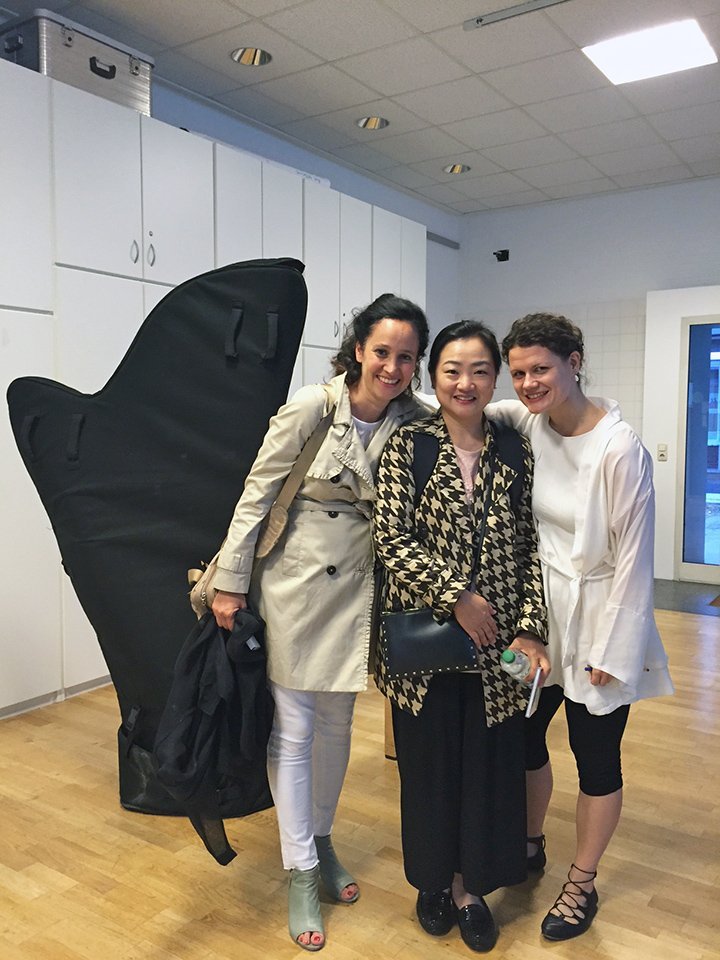 The event was “a vivid interactive moderation between the audience and the three performers. It made the colloquium an unforgettable discussion between the Western, especially German, way of musical thinking and interpretation and the Oriental, particularly Korean, musical way of expression, archetypes, traditions,” Kaunzner explains. Attendees saw an “analysis of modern composition techniques in correspondence to political, biblical, and poetic backgrounds of those pieces.”

← Too scary for you?
Students adjusting to changes on campus →