A review of 13 Reasons Why 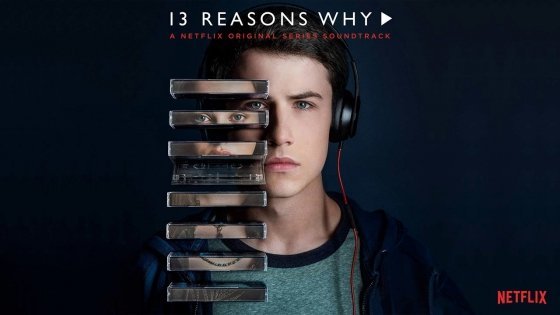 Amidst high expectations and a massive marketing campaign through popular SNS, on March 31st 13 Reasons Why was released worldwide through Netflix. This new drama has caused quite an impact, so hold your breath and read on.

How many times have we bullied, talked behind someone’s back, or even ultimately physically attacked someone before? Have you ever come to terms with it? Maybe just as this series suggests, we should try our best to come to terms with it, find peace for ourselves, and seek forgiveness from others before things get too messy, or someone ends up dead and a tape arrives at our front door via express mail. Beware.

The setting is dark, Pretty Little Liars style, a high school drama. 13 Reasons Why presents an argument, based on the novel of Jay Asher and adapted by Pulitzer-winning writer Brian Yorkey, centered on a girl called Hana Baker, who decides to end her life after a series of unfortunate events. Before her suicide, she sends 13 legacy tapes, each one with a specific name and voice, to tell her story. The series develops as Clay Jensen receives all these tapes, and through each episode, one cassette at a time, we are exposed to the reasons why she committed suicide and how it is affecting her parents and classmates.

The series focuses on much more than a teen tragedy. Hanna died, but there was not only one reason for it. It was one thing after another, and the mystery is there for the audience to discover and judge. It is a great production with a great cast and crew. Selena Gomez is the executive producer to our surprise, and the cast has received positive reviews by critics and audiences especially regarding the two main leads, Dylan Minnette and Katherine Langford. This series does not fall behind today’s high school drama as it shows rape, bullying, and suicide very graphically as an invitation to reality. It is almost like a mirror on society’s problems instead of the window in your laptop.

← Students share a passion for photography
Living the American dream →