Reforms are made not only to eliminate social contradictions but prevent the collapse of existing systems. However, now as in the past, such reforms are not easily carried out. Yet, we can find inspiration with two reformers from the Joseon era. 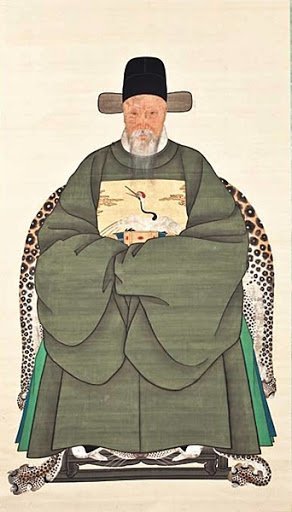 “There are three things in the world that I fear most: heaven, outer space, and the people. If the nearest people are stabilized first, the other two far away will naturally be resolved.“

In the 17th century, Kim Yuk (1580-1658), a politician and policymaker of Joseon, began to criticize the ideological world of the nobility and study the practical use of people’s lives when the Japanese invasion of Korea in 1592 and the Manchu war of 1636 ended.

To Kim Yuk, Joseon was a country obsessed with the old status system. He strongly advocated the implementation of an innovative system called the “Daedong method” to relieve the pain of the people he saw and felt in person. In order to reduce any taxes that exploited the people who had difficulty due to the wars, taxes were collected in kind such as with rice. Taxes were also paid according to the amount of land owned. This practice, commonly known as “noblesse oblige”, meant imposing more taxes on the rich who own the land. Despite the strong opposition from the rich, who were also senior officials at the time, he continued to propose policies for the people. His policies eventually spread to the other provinces.

I love the king like a father. (愛君如愛父)
I was worried about the country as if I were worried about my house. (憂國如憂家)
The bright sun looks down on this world. (白日臨下土)
Let my red heart shine brightly. (昭昭照丹衷)

In the early 16th century, there was a power struggle in Joseon. Yeonsangun was deposed in 1506, and Jungjong became the new king. At this time, scholar Jo Gwang-jo (1482-1520) proposed reforms ahead of his time. He revised the slave law and paved the way for slaves to become adopted yangin (a term that refers to all classes except slaves) . He argued that the law should be changed to allow competent people to work for the country. A son born to a noble father and a jungin (middle class) mother was called seo. A son born to a noble father and a low-income mother was called rul. All of them were called sur-rul. The move called for eliminating discrimination in recruiting talent. Although it would be a given now, the abolition of the law was a revolutionary idea given the times.

The Korea of today also urgently needs reform to prevent the collapse of the existing system and eliminate social contradictions. Policies and laws today are created through the National Assembly. However, we should consider whether these policies help the socially disadvantaged. Our politicians in the National Assembly should follow the example of Kim Yuk and Jo Gwang-jo and remember they are there to serve the people, not their own interests.

← This is not a drill!
Error in objectivity →