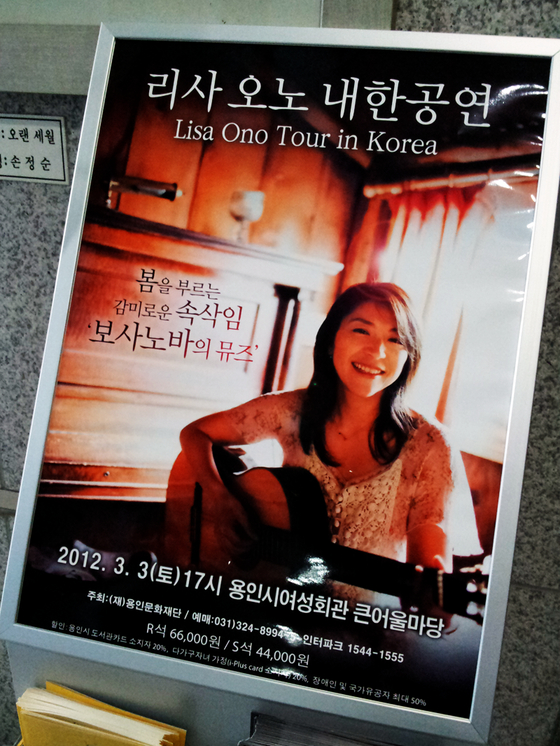 Ono came out to enthusiastic cheering and applause. Taking her place center-stage on a stool with her nylon-stringed guitar, she and her band (piano, bass, flute/alto saxophone, drums) opened with Antonio Carlos Jobim’s “The Girl from Ipanema”. The nearly two-hour set consisted of popular bossa nova standards, as well as charming renditions of Hank Williams’s “Jambalaya” and Stevie Wonder’s “My Cherie Amour”.

Ono’s voice and rhythm playing were in excellent form. Fans surely wish her next visit to Korea will be sooner rather than later.