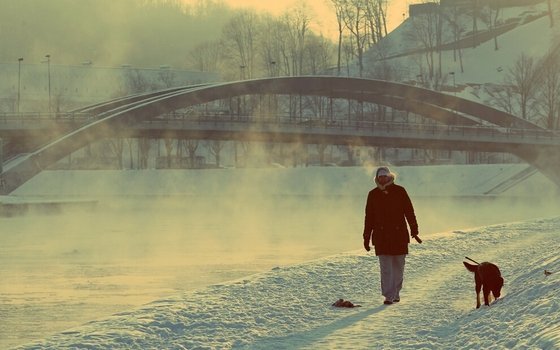 The weather has been unusual, to say the least.

Consider this past winter, which the Environment Ministry in Kazakhstan declared as one of the most furious of the past 50 years. Kazakhs, however, are not the only ones who have been dealing with the caprices of the weather. In February BBC News reported on the effects of the harsh winter, which included the deaths of more than 100 people in Ukraine and 64 in Russia, at least 11,000 people trapped by heavy snow in Serbia, and the lowest temperatures in Italy in 27 years.

After the brutal winter came what appears to be an early summer. Compared to previous average March temperatures of 10˚, Scotland this year experienced record temperatures of around 23˚ according to BBC News. In Kazakhstan, where temperatures are in the mid-20s, people are already going out for picnics and swimming.

Are these signs of weather to come? According to the Intergovernmental Panel on Climate Change’s November 2011 “Special Report on Managing the Risks of Extreme Events and Disasters to Advance Climate Change Adaptation”, we can expect “decreases in cold extremes” but more “warm daily temperature extremes.” In addition, heat waves will also be longer, more frequent, and more intense.

What is causing all this? From the viewpoint of honored Kazakh geologist Bekzhanov G.R., the weather changes are related to geological conditions. In a March interview on Kazakhstan’s state television channel, he suggested that most of the reasons for extreme weather events can be joined into a single fact: the Earth, every thousand years, goes through a simple cycle of its existence such as the Ice Age or global warming. He and other experts at the Geological Center in Kazakhstan acknowledge that technology and industry have, unfortunately, accelerated this process and estimate that, in the best case scenario, Earth will reach that cycle in 100 years and less than 50 years in the worst-case scenario.

“It remains to hope,” Bekzhanov concluded, “that the weather changes will make people think about the future of our planet.” One hopes the world will know how to respond by then.

← What’s in your cosmetics?
Home is where the art is →