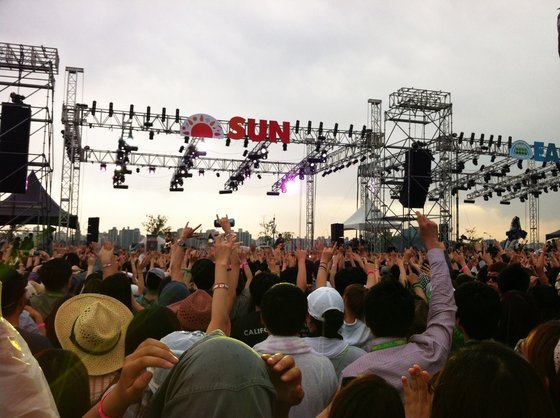 The last weekend of May, rock maniacs flocked to Nanji Park at the Han River to enjoy Greenplugged Seoul 2012, one of Korea’s biggest rock festivals. This year, Greenplugged was held for two days and almost 100 musicians participated. The festival included not only rock but jazz, hip-hop, and reggae as well.

When first entering the park, one felt immediately surprised because the atmosphere of festival was so free. Among the tens of thousands who came to the rock festival, people jumped and danced to the music, took naps on the grass, ate from their lunch boxes or casually played board games while the bands provided background music. It seemed like a fantasy world where only music and freedom existed.

Greenplugged, however, isn’t just any normal rock festival. As its name suggests, the festival promotes environmental awareness. Exercising its motto “Good Thinking and Small Practice for a Better Future” the festival encourages using public transportation to get to Nanji Park, separating garbage produced that day, and discouraging the use of disposable containers. The festival even had promotions offering free beer to those who brought their own tumblers. Everyone clearly got into the spirit of the event and found it an effective way to have fun on a large scale while being friendly to the environment. 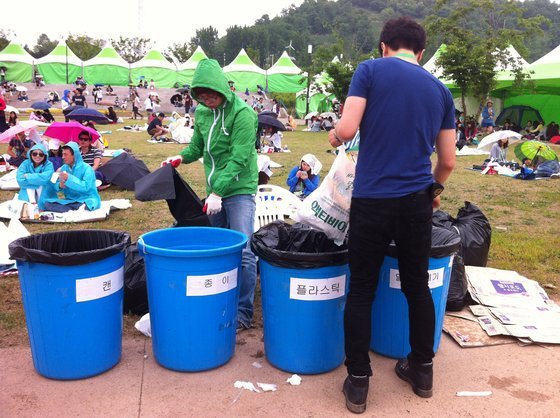 If you missed Greenplugged this year, be sure to come out next May. All you need is a rockin’ spirit and an environmentally-friendly mind!