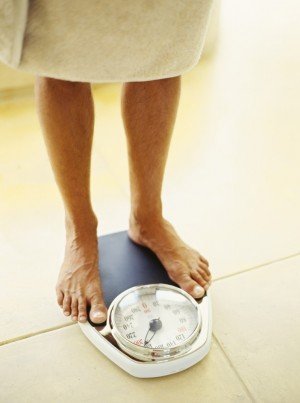 Many people are interested in losing weight. Women especially get stressed about their body. Most people admire others who are thin, so they make a constant effort to also be thin. We all know that a balanced diet, exercise, and proper sleep are essential to good health and even a good body. Unfortunately, many people who go on a diet fail to achieve their goals because they focus on gimmicks they hope will give them faster results. Therefore we should know what works and what doesn’t.

First, there are diet beverages. People drink them in order to lose weight, but they should think twice about that. People have believed these drinks work because companies advertise their products with famous female celebrities. But do the beverages do what they say they do? Last June, the Korean news website Consumer Times cited a 6-month study by the University of Texas, which found that the waists of people who drank diet beverages increased more than those who didn’t.

Then there’s junk food. Many people have a hard time losing weight because they can’t stopping eating their favorite snacks. Sometimes they think the way to weight loss is to stop thinking about those foods. Last October, nocutnews.co.kr cited a 2010 study from the journal Science that found that people who imagined themselves eating those foods regularly tended to eat less than others. The Korean blog “green holic” explains that researchers ordered one group to imagine eating chocolate repeatedly, while another group imagined putting coins into a washing machine. Interestingly, the first group ate less than the second group.

The one-food diet has also been a popular way to lose weight. Many celebrities have insisted that eating just one food, such as bananas or tofu, works. Naturally, many people have believed them. The website Asia News Agency, however, has warned that such a diet is dangerous to our bodies and could lead to yo-yo dieting. In addition, when we eat only one food, our basal metabolic rate (BMR) goes down, and our bodies store more fat.

We may already be familiar with the negative effects of a one-food diet. Korean movie star Hwang Jeong-min followed a one-food diet and reportedly suffered hair loss. Singer Lee Hyo-ri, who also tried a one-food diet, experienced similar side effects in addition to always feeling hungry.

There is one food, however, that we should make a bigger part of our diets: nuts. Last March, the website sports.khan.co.kr reported on recent studies by Louisiana State University and Harvard University. According to these studies, people who ate nuts regularly were less likely to be overweight and even reduced their risk of heart disease, Type 2 diabetes, and metabolic disorders. This might be confusing to some people, since nuts are high in fat. But these are “good” fats, which can help lower “bad” cholesterol. Moreover, nuts make us feel full, which make them a perfect part of a good diet. But don’t eat too many. Calories are still calories. Maybe a handful of nuts a day is a good amount.

It is not easy to be healthy and trim. We need proper food, exercise, and rest. If we’re going to find way to get faster results, we need to make sure we’re not actually doing ourselves more harm.

← The world of part-timers
Working with words: Teaching is a tough job that might be right for you →