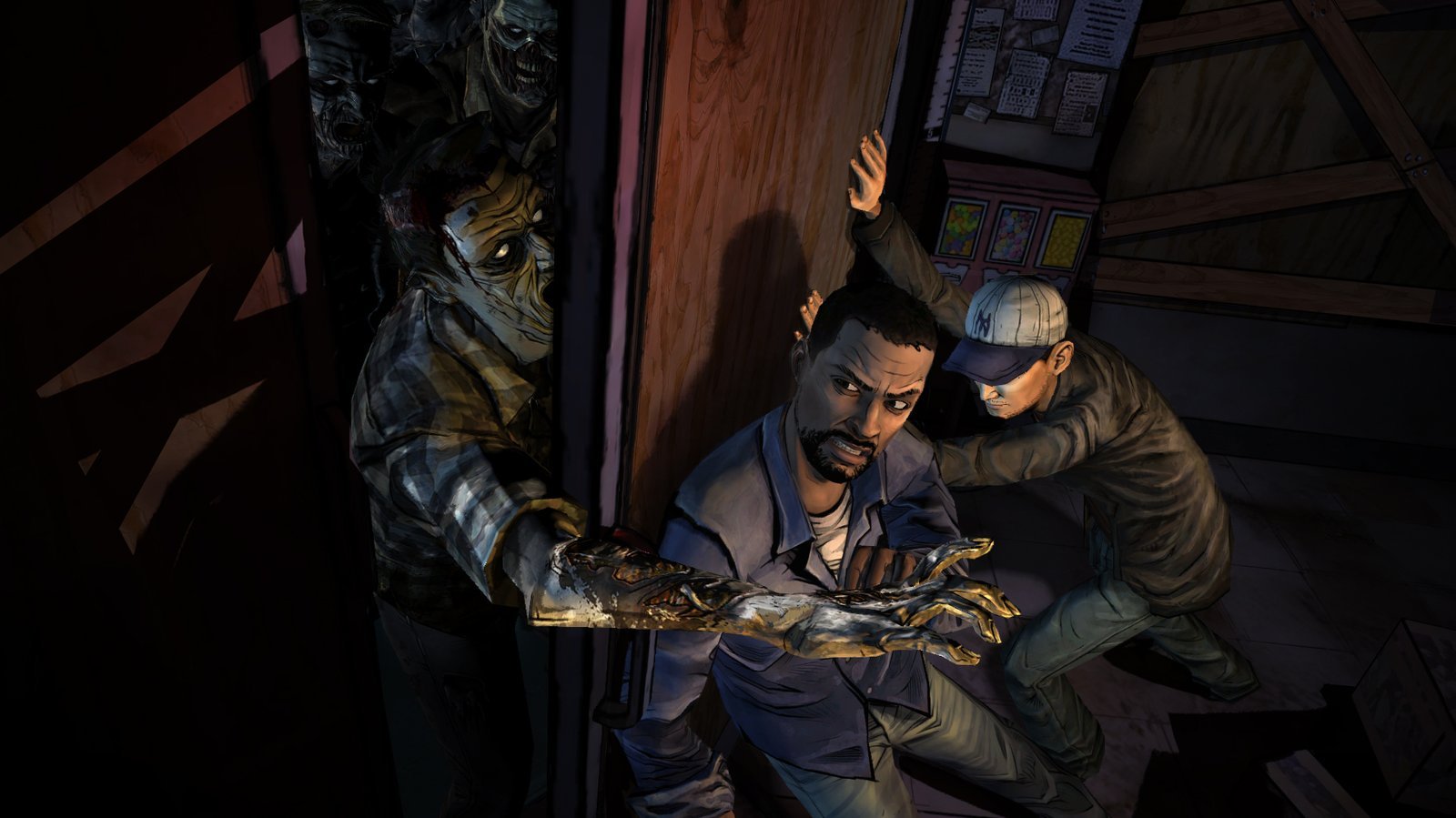 A screenshot from Telltale Games’ The Walking Dead
(SOURCE: destructoid.com)

I had never been very interested in zombies. And although I’ve been fascinated by computer games ever since Sierra On-Line dominated the industry, I’ve also been bored by the more recent glut of casual games that require players to simply click or tap away at objects on a screen.

The Walking Dead by Telltale Games, however, has made me a fan of the zombie genre and a believer in video games again. Students may be familiar with the AMC television series of the same name, which itself is based on the comic book by Robert Kirkman. The game, however, tells a different story, though with some of the same characters.

You play Lee Everett, who is on his way to prison after being convicted of murder. The police car he’s riding in hits a zombie (or “walker”), which begins Lee’s struggle for survival in a world that has suddenly become overrun with the living dead.

But if you think this game is about whacking zombies, you’re wrong. The Walking Dead is a gripping story with well developed characters. You, as the player, have to choose how positively or negatively you respond to characters and situations. How you respond affects the way you experience the rest of the game. It’s like watching a great movie you interact with! You occasionally have to make some tough choices, like when walkers attack two of your companions and you can only save one. Whom do you save? Hint: there’s no right choice — just loss in this new harsh world. This game is a must-play!

The Walking Dead is available on Windows, Xbox, OS, iOS, and PlayStation. Telltale Games has announced they are working on the second season of the game.