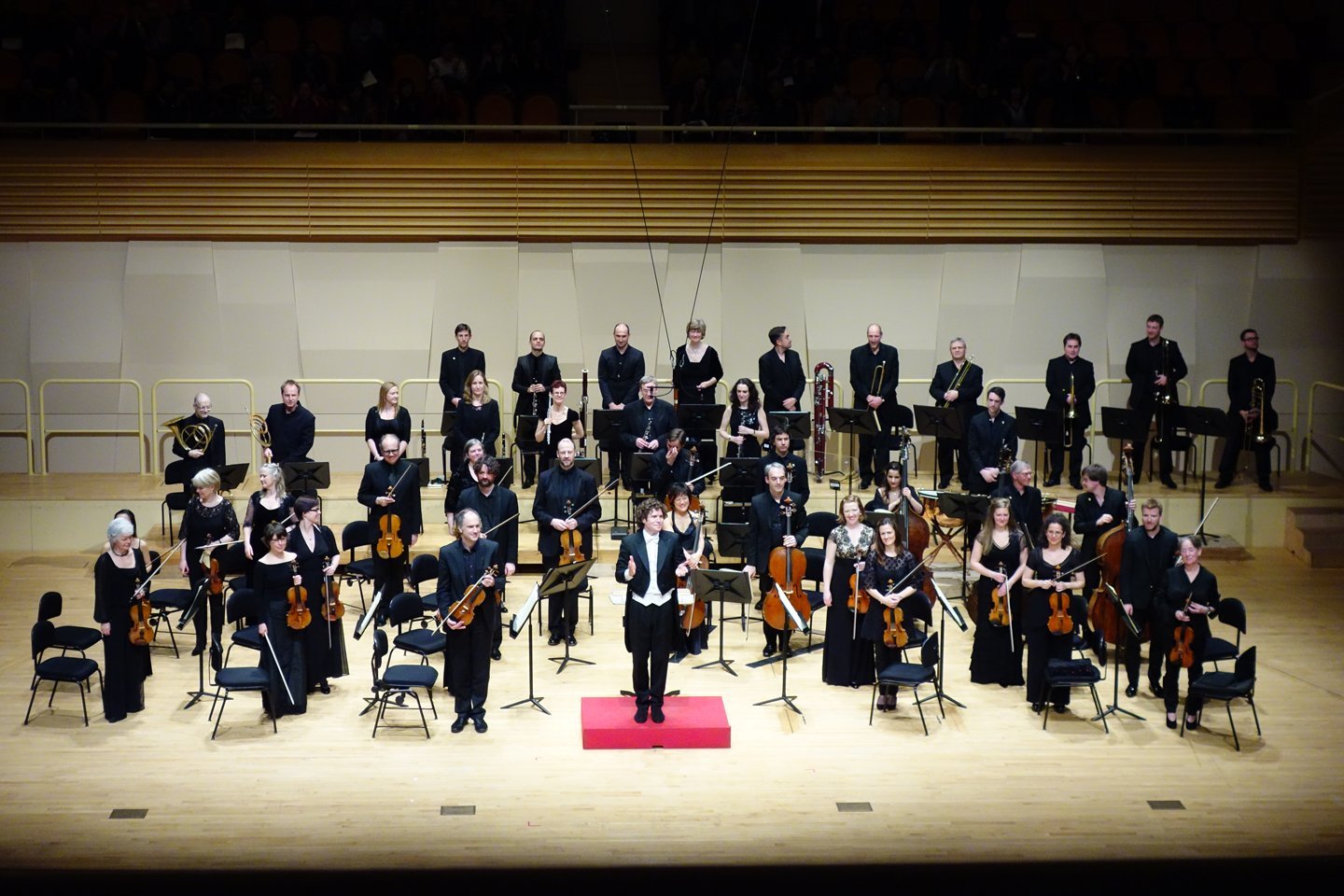 Celebrating its 40th Anniversary Season, the Scottish Chamber Orchestra finished the “Far East” leg of its tour on February 23rd in Korea at Seongnam Arts Center.

With conductor Robin Ticciati at the helm, the SCO began fittingly with a spirited performance of Mendelssohn’s Hebrides Overture, which was inspired by the composer’s travels through Scotland. Next came Chopin’s Piano Concerto No. 2, where renowned Portuguese pianist Maria João Pires took center stage as the portrait of grace and sensitivity. Her encore performance of Chopin’s Nocturne No. 2 displayed a depth and tenderness that was utterly poetic.

The formal program ended brilliantly with Beethoven’s Symphony No. 5. With natural horns (without valves) adding historical color, Ticciati masterfully demonstrated his ability to reimagine even the most recognizable and beloved music in new and exciting ways. 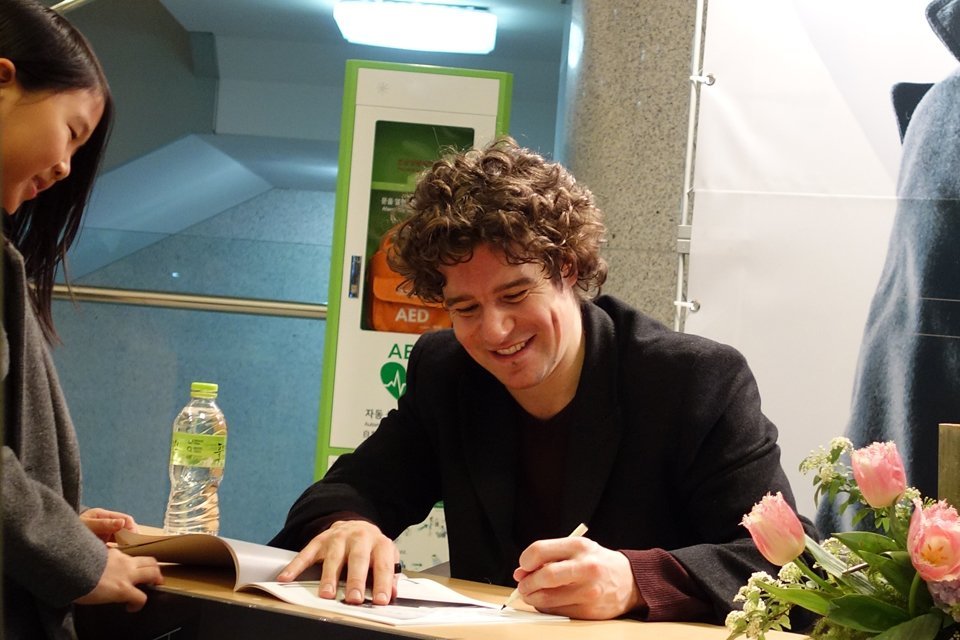 SCO conductor Robin Ticciati signs an autograph for a young fan in the lobby of Seongnam Arts Center. 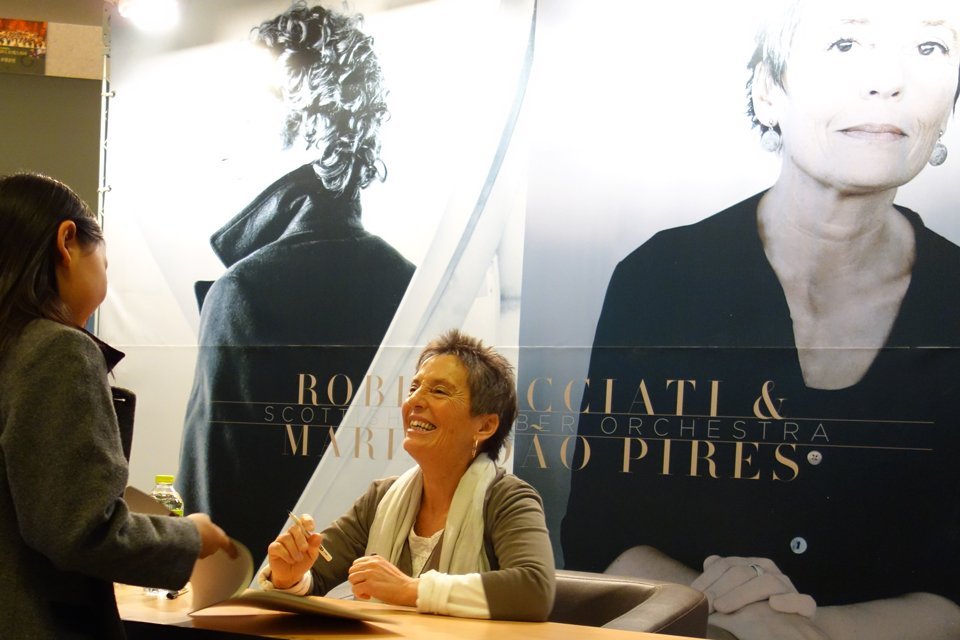 Inspiring a new generation of musicians, pianst Maria João Pires with a young fan after her concert with the Scottish Chamber Orchestra.