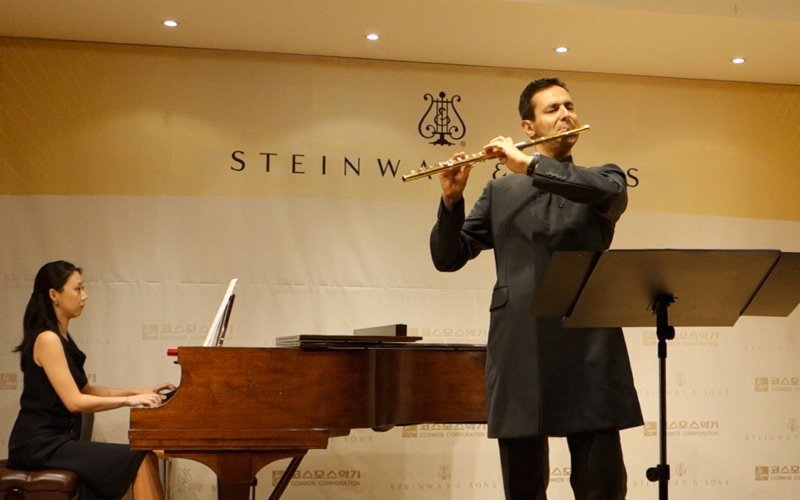 Acclaimed Italian flutist and professor at State University of Music and Performing Arts Stuttgart Davide Formisano has returned to Korea as a featured artist at Flute Week Korea 2014. Formisano, who released a new CD Live in Japan: Vol. III, even shared the stage last night at Cosmos Music in Seoul with flute students of Professor Philipp Jundt and Guest Professor Dorothee Binding of the German School of Music Weimar. 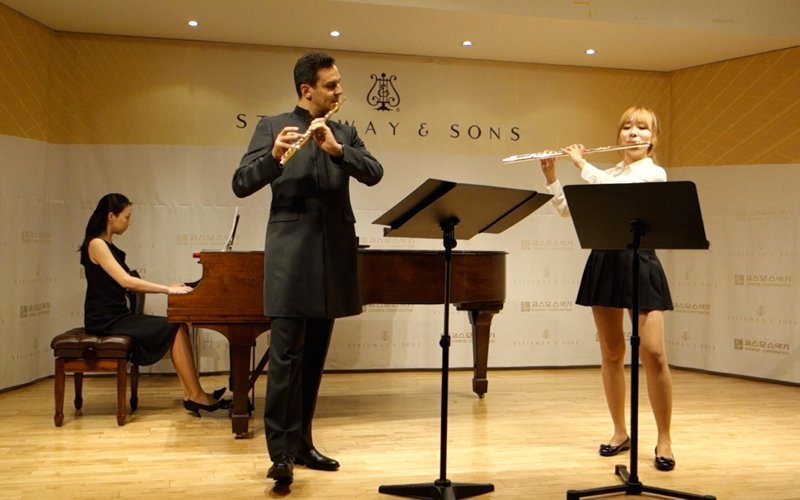 “It was such an honor to play with Professor Formisano, whom I already admired,” Song reflected later. “Although I was nervous preparing for the concert, he made it fun. Plus he is so relaxed and charismatic on stage, it really helped me give a more spirited performance.” 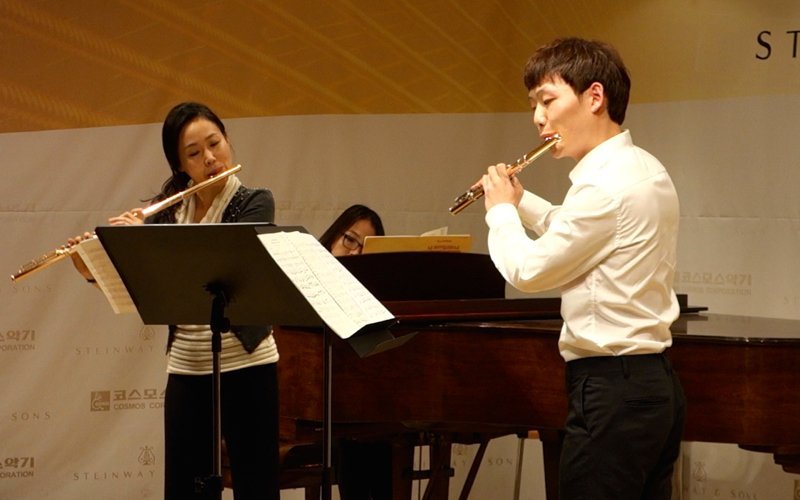 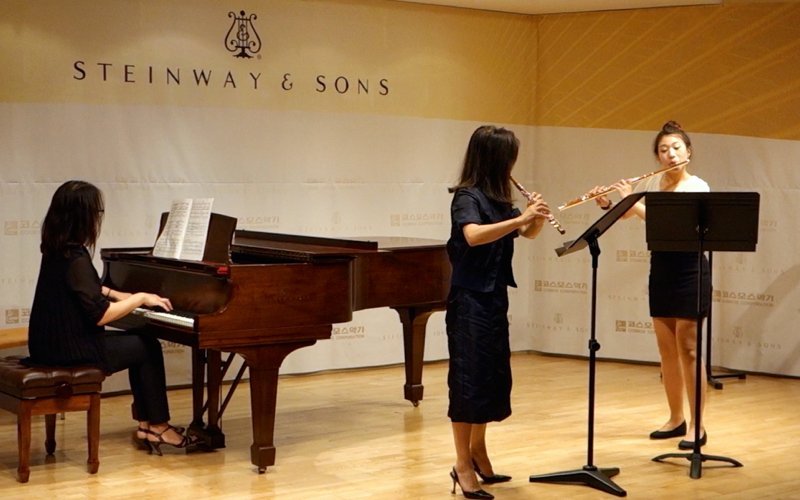