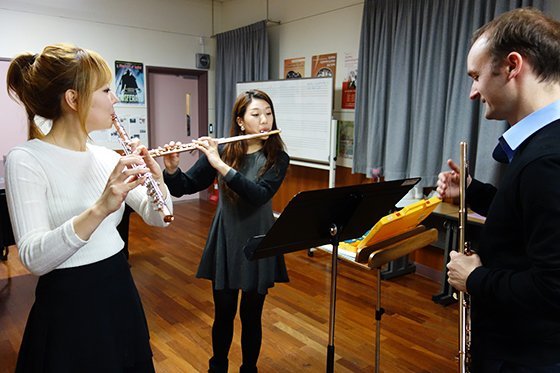 Song and Hwang gave outstanding solo performances at last week’s GSMW graduation concert at Perigee Hall. Tomorrow’s recital will be a chance for the two students to express themselves in a more intimate setting. “Working so long together, we know how the other breathes,” says Hwang. “We have great chemistry!”

Joining Song and Hwang on stage tomorrow will be University of Suwon College of Music piano professor Shunji Hirota. A respected concert pianist, Hirota had been a longtime accompanist for GSMW. “We were so happy when Professor Hirota said he would play with us,” says Hwang.

“It’s a joy and an honor to perform with him again,” Song adds. “He always knows how to complement our playing. It makes everything easier.”

For the graduating students, tomorrow’s duo recital marks the end of a precious time in their lives. “Jiu and I studied together for four years,” Song explains. “and have played together in numerous ensembles during that time. This recital is a chance for us to do something special together, something we can look back on fondly after we graduate.”

Song and Hwang are among the top students of GSMW flute professor Philipp Jundt and guest professor Dorothee Binding. For him the recital marks the beginning of a great new relationship. “Like my professor Jeanne Baxtresser told me,” says Jundt, “I told my graduating students we are no longer teacher and student. We are now colleagues. I’m looking forward to what will be a fantastic first recital by my new colleagues Jiu Hwang and Hyeri Song. I’m honored to have had them as students and wish them lots of success.”

Tomorrow’s recital begins at 6:30 p.m. Admission is free. See below for more details. 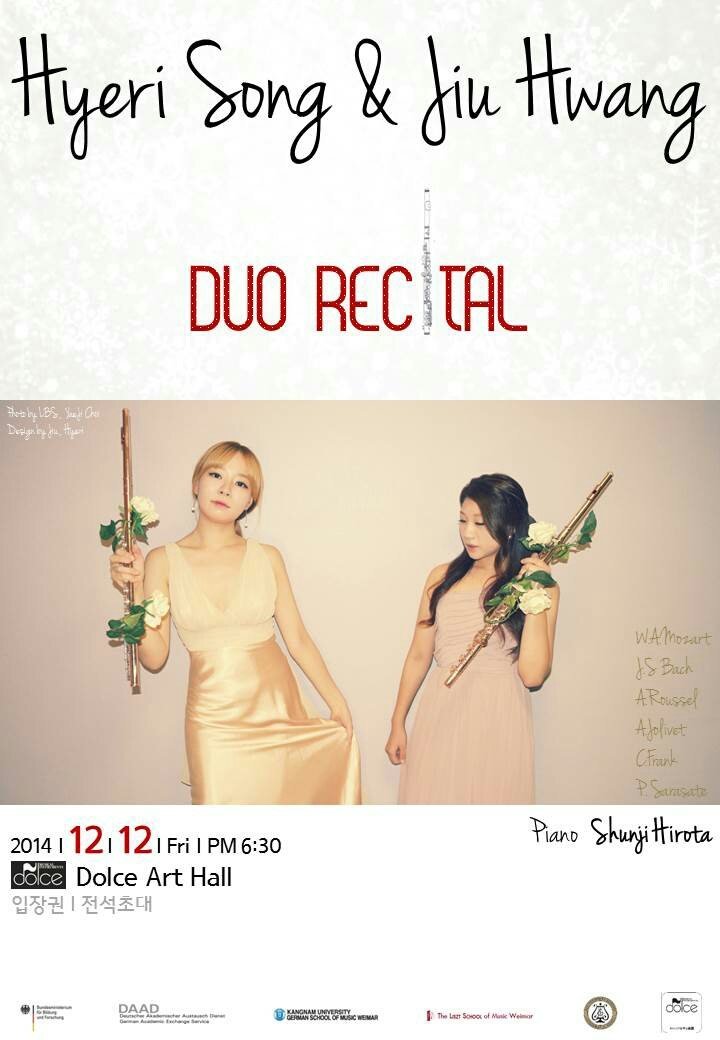