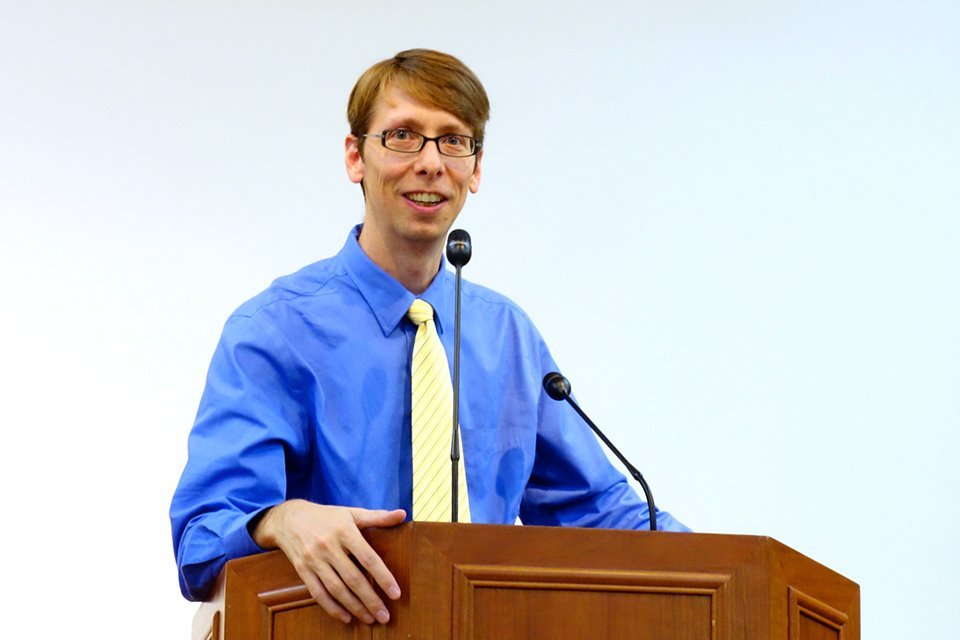 Kangnam University has a new English worship service on Sundays at 1:00 p.m. (Wooweon Hall, 4th floor) and everyone is welcome! No, I’m sorry, it isn’t mandatory nor will you get credit for attending. I know that might seem like a huge disappointment, but it does allow us to enjoy the service more and really be there because we want to! Questions about God or the Bible are encouraged over coffee afterward but sometimes even asked during the sermon. Hey, we’re small enough, so why not? After all, who wants other people to tell them what to think, especially without any valid reasons for why anyone should think it? So at the Kangnam University English Ministry (EM), we not only teach what the truth is, but also why we think it is true.

Foreign students and some faculty members have been attending regularly since November and it has been a big joy to receive their questions and to read and explain God’s Word to them. The highest purpose of church is to be a place to hear the good news that Jesus died for our sins and was raised to life days later as proof. Paul, writing in about AD 55 to a small church in Corinth, stated that if the resurrection never happened then Christianity would be worse than a useless deception. However, since Jesus really did walk out of his grave, then his resurrection is the hope for our own resurrection one day (1 Cor 15). This is why the Apostle’s Creed says, “We believe in the resurrection of the body”. Therefore, “Why do you think Jesus resurrected?” was one of the first, and best, questions I’ve received so far. Now that really got us talking, but I’ve got a 500-word limit, so here’s the short answer.

Jesus died and was buried in a tomb. Later that tomb was empty, and crowds of people said they saw him walking, talking, and having meals with them. Jesus died on that cross in April of AD 30 or 33. That he died is a fact confirmed by the American Medical Association, so Jesus really was dead before the “resurrection appearances.” And in order to be medically dead, you first need to historically exist. So we can dispense with myths about Jesus never actually existing (the very least controversial fact for historians is that Jesus existed). Then Jesus was buried in a rich man’s tomb, which was known by not just his followers but by Jewish and Roman authorities as well. Days later, Jesus’ body was absent from the tomb, also confirmed by his followers and Jewish and Roman authorities. But the most interesting pieces of evidence are the eyewitness testimonies to Jesus’ post-mortem appearances, which are reported by women, men, his friends, his enemies, and family members who hadn’t believed him. There’s plenty of evidence to dig into and few questions have as much impact on us, even eternally, than the question, “Was Jesus raised from the dead?”

← The Light at the Museum
A visit from Professor Schaaff →