A Review of Kingsman: The Secret Service 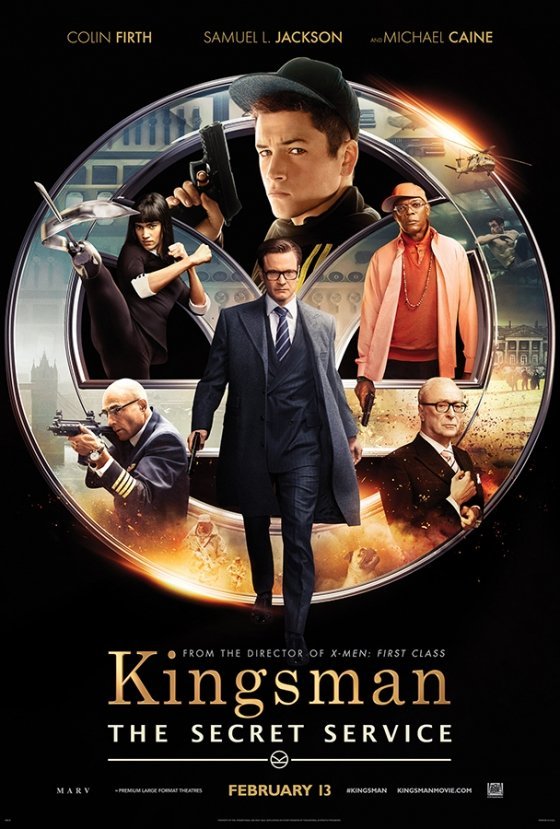 Director Matthew Vaughn’s movie Kingsman: The Secret Service has been a huge hit! Over six million Koreans have seen it. Usually only children’s movies get these kinds of numbers. A spy movie like Kingsman, with mostly adult audiences, would normally have difficulty selling even five million tickets at the Korean box office. What’s made this movie so popular?

They say clothes make the man. It certainly helped make this movie! The spies in spy movies almost always wear suits, and this movie is no exception. But these are not just ordinary suits. All the suits in Kingsman are made-to-order. Also, their secret base is in a suit shop, which provides not only their suits, but weapons to match. The main characters played by Colin Firth and Taron Eagerton look gorgeous fighting enemies in their tailored suits. Women who haven’t seen Firth on screen will surely fall in love with him after watching this movie.

Kingsman’s success is also due to its star-studded cast, which includes Mark Strong, Samuel L. Jackson, and Michael Caine. These actors are famous, so movie lovers know them well and always look forward to seeing them. This is the first action movie for Colin Firth, who is usually cast in very different roles. For this movie, he lost weight and trained for the action scenes. Playing Kingsman agent Galahad, Firth was different from any other role I had seen him in. Taron Egerton is an actor who probably won’t be familiar to many people, but his acting is impressive and natural.

Finally, Kingsman has a good story. True, it’s not very sophisticated. The story is simple, but it is solid. At first, I really didn’t expect much from this movie. I thought no one plays a spy better than Tom Cruise, while Colin Firth is just a romantic lead. Could he really pull off the role of a spy in an action movie? I couldn’t understand why so many people liked this movie. Boy, was I wrong! Vaughn, who also directed X-Men: First Class, put the movie together really well. And unlike other spy movies with a heavy atmosphere, this one is generally lighthearted.

With all these excellent ingredients, a movie series like Kingsman could really be as popular as the James Bond franchise.

← EDITORIAL: This is the blacksmith’s shop
Hit for six →