A look back at The West Wing 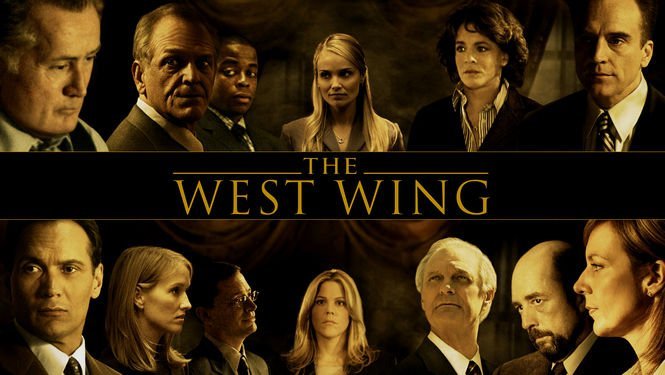 For students who use television to study English while entertaining themselves in the process, there is no shortage of quality shows available for download to the savvy web surfer.

One such show to consider adding to your television-watching schedule is the American political drama The West Wing created by famed screenwriter Aaron Sorkin (The Social Network, The Newsroom). Yes, the show went off the air while most of today’s Kangnam University’s students were still in elementary school. But the compelling stories, sophisticated dialogue, and strong performances by the ensemble cast still hold up, making it relevant and worth watching even today.

The program takes place during the two-term presidency of the fictional Josiah “Jed” Bartlett and shows the goings on of the Executive Office Building (or the West Wing of the White House). Sorkin’s West Wing offers a detailed look at the interactions between White House staff from the Chief of Staff (the highest ranking employee) to the Communications Director to the Press Secretary (the spokesperson who gives the daily briefing to the press), their assistants, and members from other branches of government.

Through witty, rapid-fire dialogue, most notably during Sorkin’s signature device of having his characters “walk and talk”, students can gain a sense of how the office of the president sets policy, responds to forces often out of their control, and tries to control its message (usually with limited success).

Students are probably more familiar with current political dramas like House of Cards, in which the central characters use whatever means necessary to grab power. While that show is also highly entertaining and more likely to resonate with a cynical viewership, one could argue that it offers comparatively little to educate how things are done in Washington, D.C.

Earlier this year former US Congressman Barney Frank mentioned on popular late-night talk show Conan that House of Cards is “the most inaccurate, misleading [show], and unfortunately it gives people a bad idea. We suffer from people saying ‘what’s the point of voting? It doesn’t do any good, none of them can be trusted,’ and House of Cards just reinforces all of the inaccurate impressions. First of all, we’re not that evil, secondly, we’re not that clever . . .” In contrast, Frank praises The West Wing, in which “you have real people trying to do the right thing, stubbing their toe and getting it wrong, then getting it right.”

The West Wing is not without its shortcomings either. People have rightfully criticized the show for being an “idealized” version of the White House. And, to be sure, there are moments when the conviction of the characters feels preachy and the sentimentality becomes downright corny. On a more basic level, students may find themselves frustrated with how fast everyone talks. It doesn’t take long, however, to overlook these minor setbacks. Like any good drama, the characters are well developed with stories that make you care about them. And this political drama is surprisingly very funny (admittedly in the way a Charles Dickens novel is funny).

So if you’re looking for some new English-language programming, give this recent classic a chance. The realistic tone, challenging stories, and consistently strong writing make The West Wing worth watching.

← Camping in Korea
Last day to win tickets to MOVES →