Review of The Maze Runner: The Scorch Trials 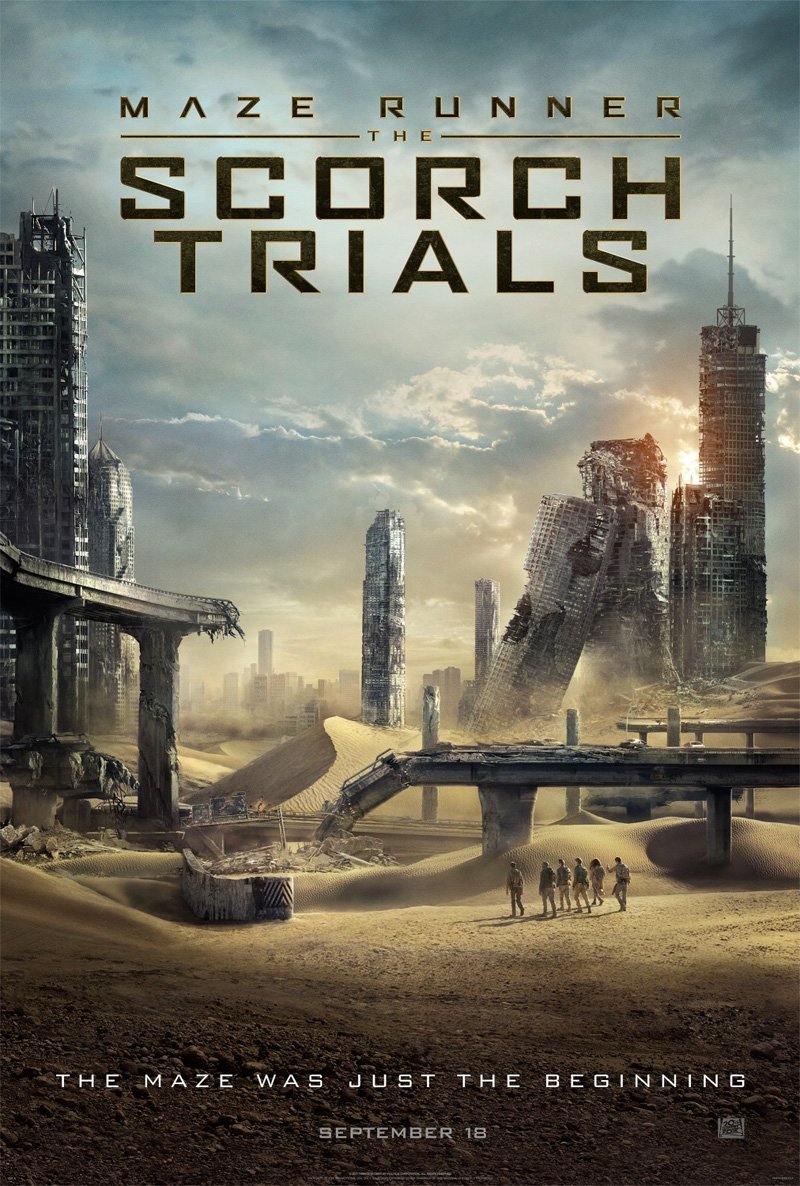 The highly anticipated movie based on the popular dystopian books The Maze Runner series, arrived at Korean cinemas on September 18. The film is the sequel to last year’s The Maze Runner. It was directed once again by Wes Ball, with the original film’s cast of Dylan O’Brien, Thomas Brodie-Sangster, Ki Hong Lee, Kaya Scodelario, Patricia Clarkson, and the addition of new supporting cast members.

This movie had given much anticipation to its fans since before the screening of the first part of the series. Fortunately, the numbers showed it was a success not only here in South Korea but worldwide as well, collecting more than $257.5 million in the USA.

The Scorch Trials begins right after where the first film leaves off, with Thomas waking up surrounded by his friends inside the helicopter that takes them after they have escaped the maze. They are taken to a supposedly safe place in the middle of a desert, where they soon learn it is not so safe. They decide to run away to the outside where the Flare, a dangerous disease, and other unimaginable obstacles are in their way as they run from WCKD, a mysterious organization who has put them in the maze and seems to always be behind Thomas and the Gladers.

If you saw the first part of the series, you will once again find yourself fascinated by the special effects and the action-filled scenes that have only gotten better and give the film an intensity that immerses the spectator in the screen. So, yeah, no need to watch it in 3-D. But if you did, great for you! I bet you were surprised when you least expected it and found yourself covering silent screams every now and then. The story too was well developed. For all of us who didn’t have a clue of what was happening, we finally got some answers about Thomas’ past and the other characters as well.

But as the blindfold got lifted, new mysteries appeared, leaving us intrigued by the end of the film and anxious to see the third part, which will be released next year. Fans will have no choice but to count the days until the third part of the series is released when these films will become the talk of the town once again.

← MOVES debuts in Korea
The research is sound →