A review of The Conjuring 2 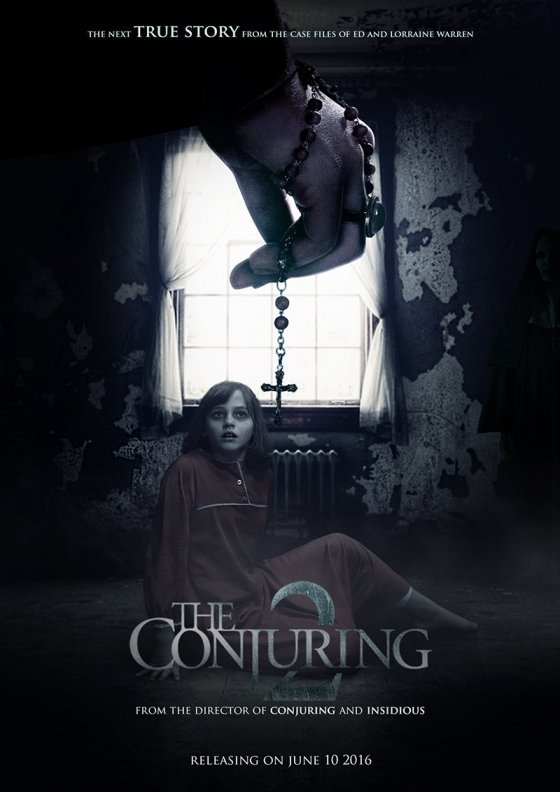 They say summer is the perfect time to stay cool watching horror movies. Tons of them came out the last couple of months, most of them not so good. The Conjuring 2, however, almost made me pee right in my seat! This movie is super spine-chilling, for real! It is based on true events (the Enfield Poltergeist case) and recounted by the Warrens, investigators of the paranormal.

The film takes us to England and the home of the Hodgson family. The Hodgsons have dealt with a strong entity that has possessed not only their house, but their second oldest daughter Janet. The events of this terrifying story start after Janet and her sister play with a Ouija, a board (and a game to most of us!) used to contact the spirit world. When it becomes clear the Hodgsons live in a haunted house, the family gains a lot of public attention. The media coverage shown in the film of the famed Warrens somehow makes it all feel more real. But the winning element of the movies is the actors, who make us follow their every breath. When they exhaled out of fear, I could feel it on my neck!

This film makes you jump, scream, and fear that right behind you there might be something ready to get you.

Kudos to the main actors and actresses, especially to Vera Farmiga, who plays Lorraine Warren — a woman graced with godly kindness, and the captivating Madison Wolfe, who plays Janet.

The film was very popular with audiences, becoming the second highest-grossing horror film of all time behind 1973’s The Exorcist. Need I say more?

If you are a fan of horror films and haven’t yet seen The Conjuring 2, put down what you’re doing and go watch it! If horror films are not your thing, you should still give the movie a try — perhaps during the day . . . with all the lights on . . . with both of your parents by your side. On second thought, you’d better avoid the movie altogether. It might just be too scary for you.